The Kildare Filipino community is rallying around four siblings who have been left orphaned after their father, Miguel Plangca, died from COVID-19. 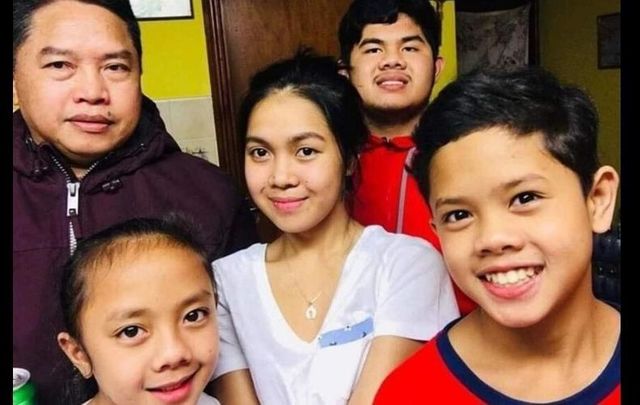 Miguel Plangca, 55, died following a 41-day battle with coronavirus. He leaves behind four children, aged 12 - 21, in their adopted home of Co Kildare.

The Filipino community in Co Kildare is rallying around four siblings after their father, Miguel Plangca, died from COVID-19, leaving them as orphans.

Plangca emigrated to Ireland twenty years ago from his native Gango, Ozamis City in the Philippines and found work at Green Isle (now Birds Eye) in Co Kildare, a job he remained in until his death.

Living and working in Naas, Plangca sent money home to the Philipines to his wife Gilceria and their children Mikee, Michael, John, and Chekie. (Plangca also had another daughter, Stephanie, from a previous relationship.) The children kept in touch with their father with regular phone calls and were able to visit twice a year.

Five years ago, however, Plangca’s wife passed away from cancer, and the couple’s four children came to live with their father in Ireland.

On May 15, the Philippine Consulate in Dublin said Plangca passed away after spending 41 days in the ICU. The Consulate said he was the second Filipino to die from COVID-19 in Ireland:

OUR SINCERE CONDOLENCES TO THE FAMILY OF MIGUEL PLANGCA, THE SECOND FILIPINO IN IRELAND TO DIE OF COVID 19 We are...

A GoFundMe to support the Plangca siblings has been launched by the Kildare Filipino Community and Aina Conway, the Filipino Consulate’s Education, Arts and Culture Officer. As of Wednesday evening, more than €153,000 had been raised for Plangca’s children, far exceeding the initial goal of €5,000.

Speaking with RTÉ News, Plangca’s 21-year-old daughter Mikee said: “Dad was very shy, he was so giving, and he worked hard, very hard.

“I’m just really sad for my siblings as well because I have my brother Michael who has disabilities so he needs all the support that he needs. It’s just very sad.”

Mikee has now put her college plans on hold in order to look after her brother.

The siblings are now staying with their aunt Fely Moore, Miguel’s older sister. “It’s so sad,” Moore said, fighting back tears, “I should be strong for the kids.”

You can watch the RTÉ News report on the Plangca family here:

The Filipino community in Co Kildare have set up a fundraising drive to help four local children who have been left orphaned after their father passed away last week from Covid-19 | Read more: https://bit.ly/3bMeJHB

Read More: Irish woman pens “My sister is not a statistic” poem after COVID-19 death