Pierre Zakrzewski's funeral in Dublin today reflected on the Irish journalist's love of life, family, and career after he was tragically killed in Kyiv, Ukraine earlier this month. 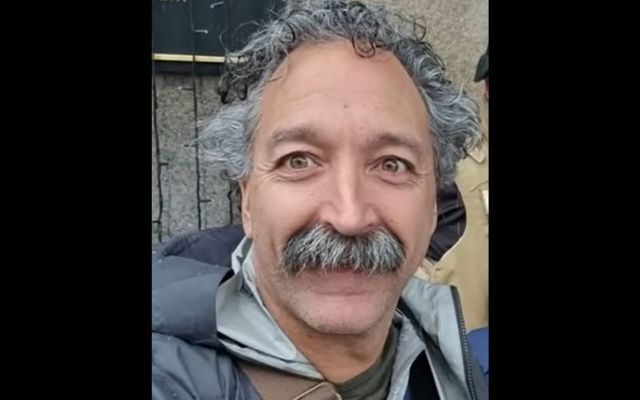 Pierre Zakrzewski, the Fox News journalist who was killed in Ukraine, has been laid to rest in Dublin today, March 29. The funeral service at The Church of Our Lady of Perpetual Succour in Foxrock, South Dublin was live-streamed.

Zakrzewski, 55, was killed in Kyiv, the capital of Ukraine, on March 14 when the car he was traveling in came under fire. Zakrzewski's colleague, Fox News correspondent Benjamin Hall, was injured and is now recovering in the US, while Ukrainian woman Oleksandra Kuvshinova, was also killed in the attack.

At the funeral in Dublin on Tuesday, small Irish and Ukrainian flags were attached to the handles of Zakrzewski’s coffin, while bouquets of sunflowers, the national flower of Ukraine, adorned the altar in the church. Mourners wore Ukrainian pins. 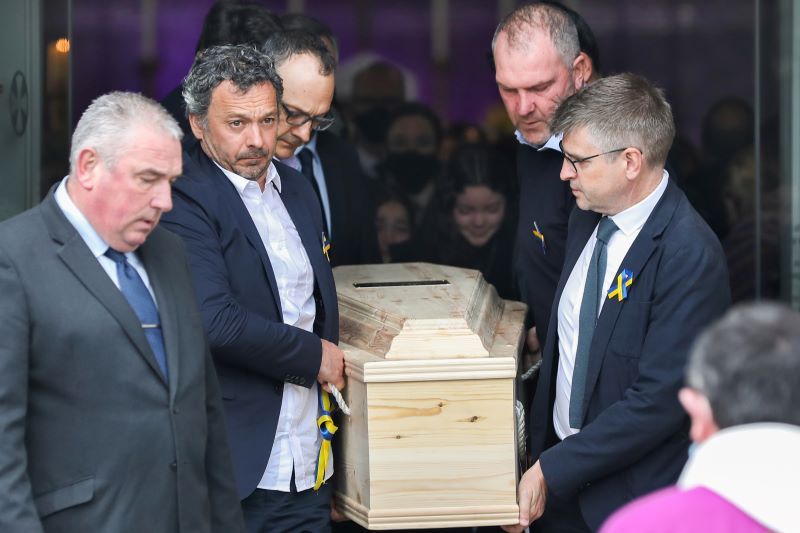 Ireland’s Minister for Foreign Affairs Simon Coveney was in attendance at the funeral in Dublin on Tuesday, while President Michael D. Higgins and Taoiseach Micheál Martin were represented by their aides-de-camp, Commandants Deirdre Newell and Claire Mortimer. Representatives from the US, Ukrainian, Polish, and French embassies were also in attendance.

At the start of the funeral, Zakrzewski’s nieces and nephews presented special mementos on the altar reflective of their beloved uncle's life - a toy motorbike, his favorite foods saucisson sec and Tayto crisps, a camera, and a book on The Rolling Stones.

Describing Pierre as "a gift to us," Father Kieran Dunne said during his homily that Zakrzewski was "a loveable person, well-regarded, maintaining friendships, trusting and loyal and family-oriented, a proud Irish man, unafraid of his roots, and in his very earthiness, capable of reaching across language,s cultures, traditions, and identities and seeing them not as barriers but as oceans and streams of possibility for human encounter, sharing, growing, and love."

He added: "He opened the sails of our land, Ireland, to a wider world and to a broader and a richer horizon and in all of this, this man remained humble."

In the first of three eulogies, Pierre's brother Stas reflected fondly on their childhood and teenage years and how Pierre's journey to journalism. "We all love you, Pierre, and your spirit will live within us all," he said.

Pierre's childhood friend Ronan Hingerty spoke about Pierre's "innate ability to gain entry to checkpoints in the most hostile parts of the world, which he did with ease."

He said Pierre believed "that his biggest ace was his Irish passport, and would often recite ‘go n-éirí an bóthar leat’, which would initially catch the guards by surprise, then he would hand over some cartons of cigarettes and be on his way.

"For a while, Pierre actually thought that the Irish passport was the secret to getting through. And they were thinking, 'Not only do we get a few cartons of cigarettes, but we just met Borat!'"

Hingerty added: "It's not what he had said or what he accomplished ... it was how he made us feel. This was the essence, the life force of a  man who brought hope and light to the darkest places of the world. Trying to make our world a better place by exposing bullies and tyrants. We were at our best when we were with him."

Santhous shared how Zakrzewski worked to help hundreds of terrified Afghans get out of Afghanistan after the withdrawal of US troops. "He never hurried them off the phone. Never rolled his eyes as he was asked to help the extended family of someone’s extended family to escape the Taliban," Santhous said.

At the conclusion of the funeral, Fr Dunne remarked: “Truth-telling is a work of love. Love always comes at a price. And what a terrible price.”

Zakrzewski’s family has requested that if desired, donations can be made to the International Committee of the Red Cross.