The National Suicide Research Foundation in Ireland also call for the show to be boycotted for violating guidelines on reporting suicide. 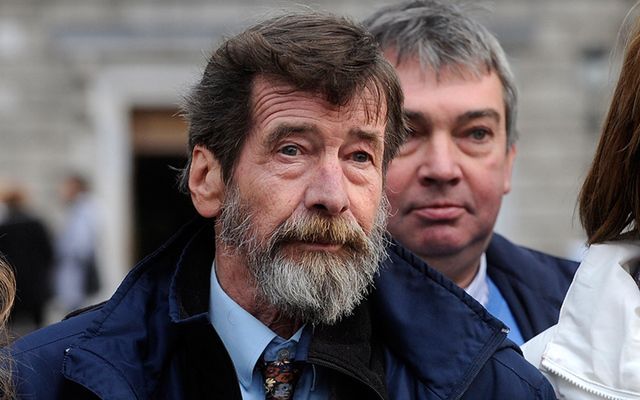 The father of an Irish girl who killed herself after suffering intense bullying at her new US school has decried Netflix’s new teen drama “13 Reasons Why” for glorifying suicide.

Phoebe Prince was 15-years-old when she took her own life in January 2010 after moving to Massachusetts from Fanore, Co. Clare. Six students in the South Hadley school she attended were accused of bullying the young Irish girl and given probation and community service in March 2010.

Her father Jeremy Prince has slammed the latest popular Netflix drama “13 Reasons Why.” He says the movie is “planting the seed” of suicide as an option to combat bullying in the mind of vulnerable young people.

The latest Netflix Original series takes its storyline from the Jay Asher book of the same name and focuses on a young girl who leaves tapes as her suicide note. Throughout the 13 tapes, she addresses the people in her school who she believes played a part in her final tragic decision through bullying and neglect.

"It's about the way it's presented," Prince told the Sunday Independent when speaking about the show.

"What is being publicized can be misinterpreted by the vulnerable as a solution, not as a problem."

The National Suicide Research Foundation in Ireland has also called for the show to be boycotted, claiming that the guidelines for the reporting of suicide have been completely ignored.

"These are guidelines that are endorsed by the World Health Organisation (WHO) so it is not professional for a producer or a director to not take the guidelines into consideration,” said Ella Arensman, director of research at the NSRF.

"It is unethical to present details so graphically that it can start to be damaging or suggestive for other young vulnerable people."

Those involved with the series, including principal actors and executive producer Selena Gomez, have responded to the criticism, however, claiming that the subjects of bullying and suicide should be talked about.

"We stayed very true to the book and that's initially what Jay Asher [the author] created, was a beautifully tragic, complicated yet suspenseful story, and I think that's what we wanted to do," Gomez told the AP.

"We wanted to do it justice and, yeah, [the backlash is] going to come no matter what. It's not an easy subject to talk about, but I'm very fortunate with how it's doing and I’m overwhelmed, very proud of it.”

The show’s star, Dylan Minnette, also defended the new series during an appearance on "The Ellen DeGeneres Show." Minnette claimed that it was doing parents a service.

“The main goal, I think, overall is just to start conversations that we think are necessary to be had," Minnette said, "and to bring these issues to light and to show them in a real way. And, if people are talking about it, we reached our goal — because these conversations ... people need to talk about this.”

Netflix revealed this week it will be adding a warning to the beginning of each episode of “13 Reasons Why” as an extra precaution to viewers. Any episodes that depict rape or the suicide of the show’s main character Hannah Baker already featured a warning before the episode began and the series is rated as TV-MA.

“While many of our members find the show to be a valuable driver for starting important conversations with their families, we have also heard concern from those who feel the series should carry additional advisories,” Netflix said in a statement released Monday.

Some parallels could be drawn between the fictional story of Baker’s suicide and the real-life bullying and death of young Irish schoolgirl Prince.

Speaking to the Boston Globe after six of her schoolmates were charged with bullying Prince, the schoolgirl’s mother Anne O’Brien called on them to acknowledge the pain they had caused her daughter. The Co. Clare girl became an international poster-child for the anti-bullying campaign.

O’Brien also claimed that the school and administration should have done more to protect Prince. Instead, she believes, they went some way to blaming the young girl because of the boys she dated.

Have you watched "13 Reasons Why"? Do you agree with Prince's father or is the show important for suicide and mental health awareness? Let us know your thoughts in the comments section, below.