Irish man Paul Byrne suffered severe head injuries while on holiday in Portugal and now his family is rallying to bring him home to Ireland. 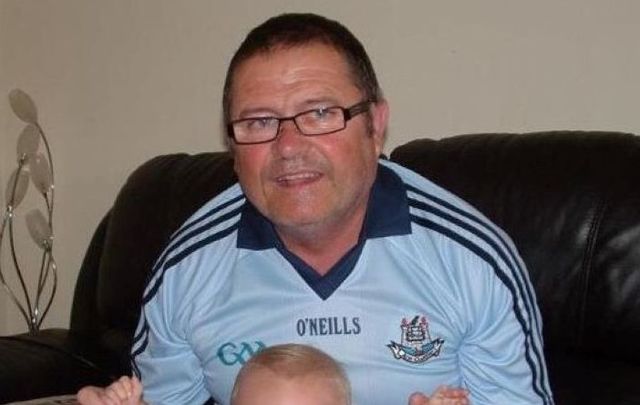 Paul Byrne's family is desperate to bring him home to Ireland after an accident in Portugal. GoFundMe

The family of Irish man Paul Byrne has launched a GoFundMe to bring Byrne back to Ireland after he suffered severe injuries while on holiday in Portugal.

Speaking with Dublin Live, Paul’s son Ciaran said his 66-year-old father and his friends decided to go out for the evening on September 5, the day after they arrived in Portugal.

"He was crossing the road to get into a taxi that was pulled in and that his friends were already in. Another taxi was driving by on the road at the same time and my dad waited for him to pass before crossing. The driver of his taxi put out his hand and beckoned dad to get in from the other side.”

"But, the taxi that was driving thought the driver was putting his hand out to hail him down. He reversed back slowly and accidentally clipped my dad on the hip which knocked him over and he hit his head off the road."

Ciaran said he and his family flew to Portugal the day after the accident to be by his father’s side.

"He was in intensive care, he had bleeds on his brain and then he was hit with a bout of pneumonia.

"He eventually regained unconsciousness but doctors said he would probably never talk again.

"He is able to talk but he doesn't remember anything. He doesn't remember his wife, his children, it's like he's gone back to his younger days. He's talking about things that happened 30 years ago as if they are happening now.

"The bleeds on the brain are going down but his memory isn't getting much better and I don't think it will unless we get him home.

Ciaran has since launched a GoFundMe to help bring his father home, but notes that it was a difficult decision as the family, who is originally from Co Dublin but settled in Co Cavan in 2001, are "very private."

"We didn't want it to become public news because my dad would be a very private person and wouldn't want people knowing his business. But it's got to the stage now where we need to raise funds to bring him home immediately before it's too late."

"He's in a foreign place with people speaking a language other than English, he's very confused and it's distressing.

"The doctors here believe they have done all they can for dad. So we are desperately trying to get him home. It's going to cost in excess of €20,000 ($22,000) to get him home by air ambulance and into full-time rehabilitation, that's even if he is fit to fly."

"My family and I would be forever grateful if the public can help us out to raise the money needed to get this proud Irishman home where he belongs.No donation is too small, we just need to get dad home.

On September 30, Ciaran wrote on the GoFundMe page that they had reached the milestone of €15k and said “Me and my family are just blown away by the support we have had since we started it and just can’t even put into words how grateful we will forever be for all of your generosity! Thank you all so much!”