A Ryanair flight with panic-stricken passengers on board pulled out of a landing in Dublin and diverted to Shannon in extreme weather conditions caused by Storm Ewen. 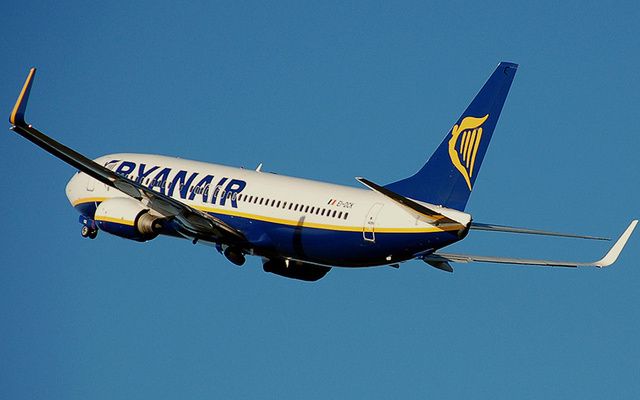 A Ryanair flight with panic-stricken passengers on board pulled out of a landing in Dublin and diverted to Shannon in extreme weather conditions caused by Storm Ewen. Public Domain / WikiCommons

A Ryanair flight with panic-stricken passengers on board pulled out of a landing in Dublin and diverted to Shannon in extreme weather conditions caused by Storm Ewen.

The flight from Madrid to Dublin encountered the turbulent weather off the Irish coast. When the pilot tried to land at Dublin he was forced to go around and head for Shannon Airport in the west.

One mother of two told DublinLive.com: “We were supposed to land in Dublin at 12:20. The pilot tried to land but took off again. It was an extremely turbulent flight and there were people vomiting and absolutely terrified.

“We were told we were diverting to Shannon and we arrived there at 1.15. We asked to get off with children as they very upset and did not feel safe going any further on [a] plane. Our daughter Isabelle was vomiting and terrified. We were advised that at the pilot's discretion we may leave, but he must sign papers first,” the passenger said.

They were then told to prepare for a six-hour wait as there were no baggage handlers to unload the plane.

The mother added: "At 3.29pm we were advised that we had a choice to return to Dublin with take-off in 30 minutes or stay on until Shannon had staff to facilitate whomever wished to leave which could take up to 7 o'clock.

"Some people still very sick and should have had the right to leave the plane immediately. There must have been someone working at the airport. We were offered no refreshments at all but could buy something if we want. They sure knew how to make a few bob at our expense when I thought they had to provide refreshments after a period of time. It was all very upsetting.

"Two hours later they opened the bar for business but we wanted to get off the plane and were held against our will,” she added.

At around 4.00 pm, about 25 people were deplaned at Shannon while others opted to remain on board and continue to Dublin.

“It was getting quite heated for a while. We told them (crew) they were holding us against our will and we wanted to get our children off. They were having none of it but they gave in nearly three hours after we arrived in Shannon,” another passenger said.

“My husband stayed on the flight to continue to Dublin where our car was. I got off with my two children and between 20 and 25 other passengers. None of them wanted to fly again in case the same thing happened again."

The flight continued to Dublin at 4.55 pm.

Updated: In a statement, Ryanair said they had apologized to customers but added that the circumstances were beyond their control.

"This flight from Madrid to Dublin (26 Feb) diverted to Shannon due to high winds at Dublin Airport. The aircraft landed normally and a number of customers requested to disembark and did so, before the aircraft was cleared to depart to Dublin. Ryanair apologized to all customers affected by this weather diversion, which was entirely beyond our control."

A spokesperson maintained that "The aircraft performed a routine ‘go around’ at Dublin and landed at Shannon at 13.20hrs and departed to Dublin at 16.45hrs. There was no 'six hour' wait. Crew opened the bars in line with procedures after 2 hours."