Owner of Co Mayo pub that defiantly reopened has been arrested

Donal Byrne of Eileen's Bar rose to national attention after he declared the pub the first "COVID-free" bar in Ireland. 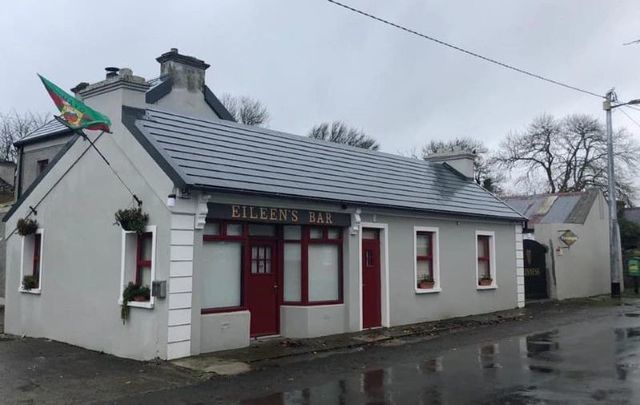 Gardaí arrested the owner of a Mayo pub on Thursday night after he defied the Irish Government's COVID-19 restrictions by offering customers rapid on-site coronavirus testing in order to reopen his "wet pub".

Publican Donal Byrne, who owns Eileen's Bar in Aughamore, County Mayo, was arrested after he refused to comply with gardaí who visited the premises on Thursday night.

Byrne gained national attention when he declared on Facebook that his pub was the first "COVID-free" pub in Ireland due to the rapid on-site testing it offered for locals and regulars.

However, wet pubs are not permitted under Level 3 of the Irish Government's COVID-19 restrictions and Byrne's pub does not serve food.

Garda Superintendent Gabriel Moran told the Irish Times that gardaí did not immediately arrest Byrne when they arrived at the pub. Instead, they encouraged him to comply with the Government's restrictions, only arresting the publican when he refused.

Gardaí took Byrne to Castlebar Garda Station and questioned him briefly. He has since been released and gardaí are preparing a file for the Director of Public Prosecutions.

Byrne has not commented on the issue and it is unclear whether he will keep the bar open.

The pub owner defiantly reopened Eileen's Bar earlier in the week, telling several media outlets that he would be using testing kits from Communicare Medical Supplies in Claremorris to conduct rapid testing outside the pub before allowing customers to enter.

He said that a team of qualified technicians and medical professionals would be at the pub every day to carry out the testing. Only customers who returned a negative test were permitted to enter the bar, while customers were still required to practice social distancing and were face marks even if they tested negative.

✨EXCITING NEWS FROM EILEEN’S BAR!!!!✨ This time last year things were much different, we were rushing around to get...