Over a million Irish passports issued in 2022

A new annual record has been set for the number of Irish passports issued this year and the most popular surname worldwide was Murphy. 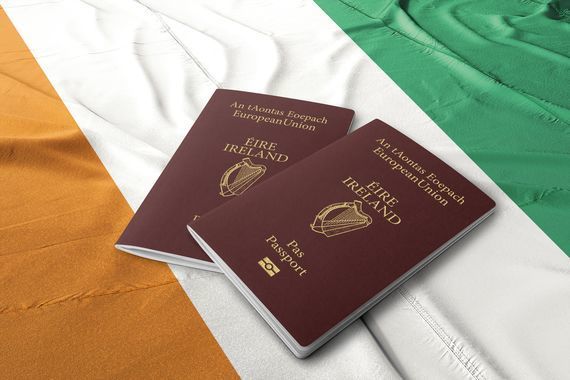 A record number of Irish passports have been issued in 2022, the Irish Department for Foreign Affairs has said.

The number of first time passport applications from Northern Ireland and Great Britain was 100,000.

Outside of applications from the island of Ireland and from Great Britain, the most online applications came from the USA, Australia, Canada, New Zealand, France, Spain, Germany and South Africa.

2022 set a new annual record for the number of Irish 🇮🇪 passports issued in a year.@PassportIRL received over 1.15 million applications in 2022 and is set to issue just under 1.1 million passports by the end of the year.

This year’s most popular surname worldwide was Murphy and the most popular baby girls’ names were Emily, Fiadh, and Lily, while Noah, Jack, and James topped the baby boys’ list.

The oldest applicant was 102 and the youngest was just 3 days old.

Speaking about this record-breaking year, the Tánaiste and Minister for Foreign Affairs, Mr. Micheál Martin, said:

“In 2022, the Passport Service saw extraordinary volumes of applications received and passports issued. This was a direct result of pent-up demand due to disruptions to travel throughout 2020 and 2021.

“Over 99% of all online renewal applications and paper applications are issued within the standard turnaround times. Additionally, enhancements to the service enabled the Passport Service Customer Service Hub to handle over 280,000 calls and more than 126,000 chats through its WebChat service."

“Looking forward to 2023, my Department is expecting another busy year for the Passport Service. I would encourage anyone who is considering travel to check that their passport is in date, today, and if they need to renew their passport or apply for the first time, to use Passport Online. This is the quickest, easiest, and most cost-effective way to apply for your passport.”