Famed artistic duo McDermott & McGough open an “Oscar Wilde Temple” in the Church of the Village, New York, in honor of the gay Irish writer. 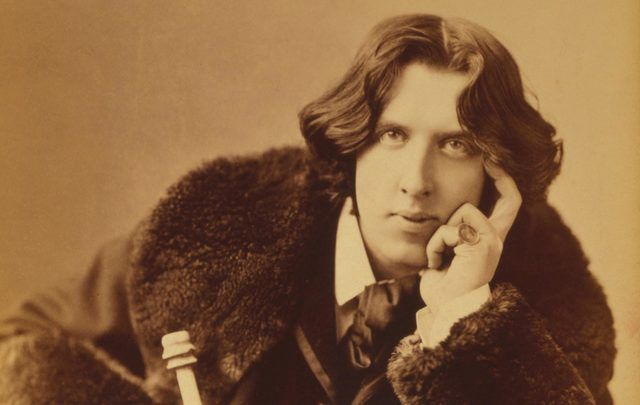 An "Oscar Wilde Temple" has opened in a Methodist Church in Greenwich Village in New York. WikiCommons

“Oscar Wilde Temple” opened in the Church of the Village this month, depicting the “gross indecency” trial of the Irish writer as stations of the cross.

The style, writings, talent, and ultimately struggles against oppression of famed Irish writer Oscar Wilde are the subject of a new piece of art installed in a Methodist Church in New York this month.

The Church of the Village, something of a safe haven for the LGBTQ community as churches go from its location in the heart of Greenwich Village, will play host to the “Oscar Wilde Temple” in the Russell Chapel until December 2. The shrine, which almost makes a saint out of the gay icon, is an unlikely worship place that appropriates Catholic iconography to pay homage to the man regarded as one of Ireland’s greatest exports, a man who was brought to trial and imprisoned because of his sexuality.

Created by artistic duo McDermott & McGough, who rose to art-world fame as a couple in the 1980s, their latest creation is something of an artistic revival that Wilde himself was never afforded after his torturous spell in jail. The pair split in the 1990s losing their home, with David McDermott renouncing his US citizenship and seeking refuge in Ireland (he still lives in Dublin with visa issues leaving him outside the US for the opening of the temple), while Peter McGough almost died of complications caused by AIDS.

Read more: How Oscar Wilde become the first celebrity “famous for being famous”

Now back to full health, it is McGough, from his studio in Brooklyn, who has overseen the creation of the “Oscar Wilde Temple”, collaborating with McDermott from afar. The shrine is available for ceremonies such as wedding or poetry readings and is decorated with the “Reading Gaol” paintings – so named after the prison in England where Wilde served his sentence of hard labor after he was convicted of sodomy and “gross indecency.” The paintings depict the writer’s trial as stations of the cross in a Christian church portray Jesus's journey to the Hill of Calvary.

Also on display will be a further six paintings showcasing other martyrs of the LGBT rights movement, including Harvey Milk and Alan Turing, while a side chapel will be dedicated to AIDS victims.

“We thought it was a terrific idea to honor Oscar Wilde and other martyrs of the liberation movement,” Rev. Jeff Wells, lead pastor at the Church of the Village, told the New York Times.

All proceeds made for the “Oscar Wilde Temple” will go to the Lesbian, Gay, Bisexual, and Transgender Community Center across the street from the church who worked with the artists on the project.

What do you make of the “Oscar Wilde Temple”? Is it a well-deserved tribute to the LGBT hero or an inappropriate art exhibit to have in a church? Let us know your thoughts in the comments section, below.