The tragic death of a 31-year-old man led to three lives being saved. They recently thanked his family for his gifts of life. 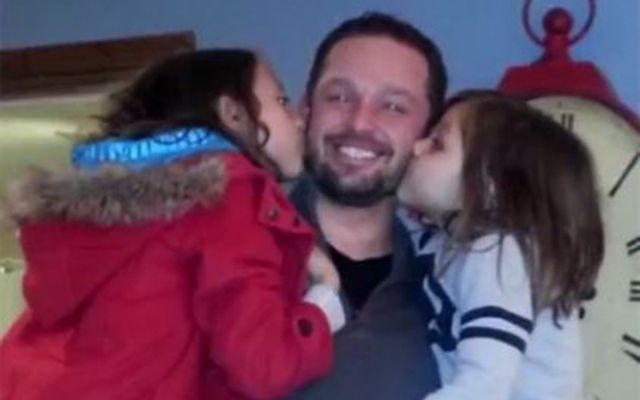 The recipients of an Irish American organ donor have gathered with his family to celebrate his amazing gift 1,000 days after his tragic death.

Kevin Sullivan died aged 31 in an accident; afterwards his family made the decision that his organs should be donated to people in need and the Sullivan family has stayed in contact with those people ever since.

At the Sullivan family’s “1,000 day” party, his father Dave reflected to Boston 25 News that, “We wonder sometimes if it was all part of some plan.”

The youngest person to receive one of Kevin’s organs was Julian - at the time just two months shy of his second birthday.

At the party he was seen bouncing up and down on a bouncy castle with the same enthusiasm and energy as a child that had always enjoyed perfect health.

“I’m the guy that wasn’t supposed to survive,” Ashworth recalled. ““It’s the gift that just keeps on giving.”

Sullivan’s heart beats as strongly as ever, now just inside Ashworth’s rejuvenated body.

Dave Kincman was given only 48 hours to live by medical professionals. He was being treated in the same hospital as Sullivan a few doors down the hall.

After permission was given, he was rushed into surgery and received a brand new liver and kidney.

“In storybooks and fairy tales nobody thinks you can have that happily-ever after ending, but I think in this case it absolutely was,” he said.

Although organ donations in the United States have increased by some 20% since 2012, the Department of Health and Human Services estimate that 22 people die everyday stuck on a waiting list for a transfer.