Professor Sam McConkey of the Royal College of Surgeons said that people in certain counties could now feel safe to hug elderly loved ones once again. 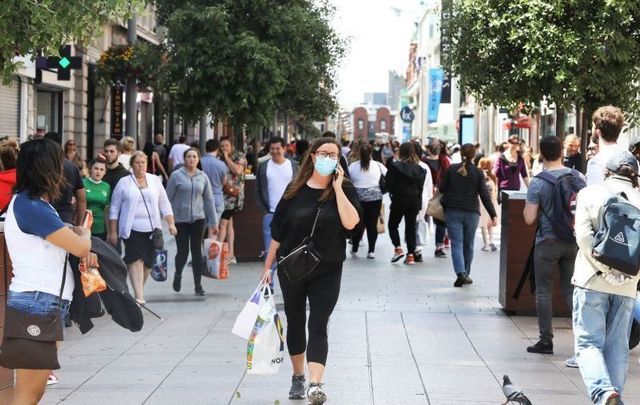 Shoppers on Henry Street in Dublin on June 20, 2020 as the city begins to return to normal. RollingNews.ie

The risk of contracting the coronavirus from the community in Ireland is now at about "one in a million", according to a specialist in infectious diseases.

Professor Sam McConkey, head of the Department of International Health and Tropical Medicine at the Royal College of Surgeons, said that people in certain counties could now feel safe to hug elderly loved ones once again.

McConkey was speaking to Brendan O'Connor on RTÉ Radio One on Saturday and said that most new daily cases are known contacts of other cases and that the chances of unexpectedly contracting the virus while out and about are exceptionally rare.

"The number of unexpected cases of Covid-19 or of SARS 2 virus is around a one in a million level in Ireland and many of the numbers that we're seeing each day in Ireland are known contacts of other cases, so they're not unexpected," he told Brendan O'Connor.

The majority of new cases are house or work contacts, according to McConkey, and most newly-diagnosed cases have already been in self-isolation.

"They're already in self-isolation because they were already known to be close to somebody who had it already, so they're part of a known chain of an epidemic spread."

He said that it is safe for people to "hug your granny" in counties like Donegal and Leitrim, which have recorded virtually no cases in the month of June.

The number of new daily cases of the coronavirus has fallen considerably throughout June, with just six cases diagnosed on Sunday.

There have been no new deaths recorded on three separate occasions in June.