This Irishman wants to change the way you are buried 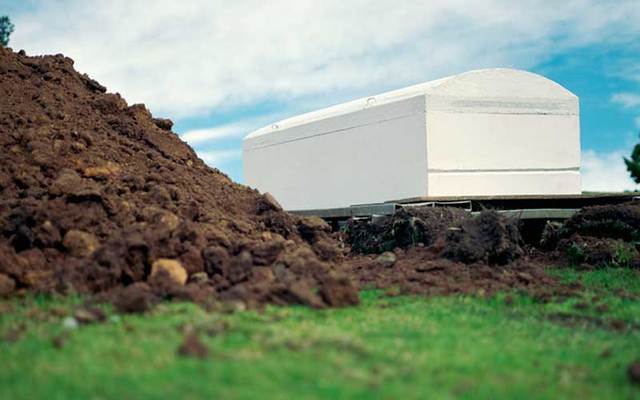 An Irishman has opened a funeral parlor like you’ve never seen.

When his father died six years ago, Oliver Peyton, realized that there just wasn’t enough choice in death beyond the traditional stiff and somber model.

Read More: Ireland used to require dead bodies be brought to the nearest pub for safekeeping

"After both my parents died, I realized that the sector offered limited choice or variety and this meant people didn't have the chance to celebrate their loved ones in a way that reflected their unique lives," he continued.

"Exit Here is an attempt to shake up the sector."

Exit Here is a full-service provider of funerals and mortuary services, offering a range of choices, including bright-colored capsule-shaped urns and bespoke caskets (including a Día de los Muertos–inspired option).

And the possibilities don’t end there.

As well as offering classic styles, we have developed our own range of modern caskets. Our colour range is available in five different shades including this daffodil yellow. #lifeaffirmingfunerals #deathpositive

“If you want a party on a beach in Goa, we’ll organize that for you,” Peyton old CityLab.

The funeral parlor itself is designed to make the process of saying goodbye to a loved one less scary and more accessible. Peyton and London design firm Transit Studios worked together to create a simple, clean store front with a neon hand-scripted sign over the entrance. The spacious interior features high-vaulted doorways, a sinuous central hallway painted white, and two private meeting areas in bright hues and light wooden floors, with floral -print armchairs and vintage prints of star constellations.

"Oliver [Peyton] was very keen to offer and enable a wide variety of choice so that people can really make their exit a personal reflection of themselves," said Ben Masterton-Smith, director of Transit Studios.

"At the same time the brief was not to create a hipster funeral parlour – the retail environment needed to be warm and welcoming to all, but with a level of trust and dignity that you would expect from a company dealing with such an important event."

Read More: The rising cost of funerals in Northern Ireland and Ireland

Exit Here has hosted four funerals since it opened a month ago, CityLab reports. Peyton said the services have ranged from traditional to extravagant.

Cost for services run “a tiny bit above mid-market.”

Peyton says: “If you want a cheap funeral, you’re not going to come to us,” but “we’re definitely not out of reach.”

He says he is already thinking of opening as many as four similar funeral homes in the future and is currently fielding queries about franchise opportunities.