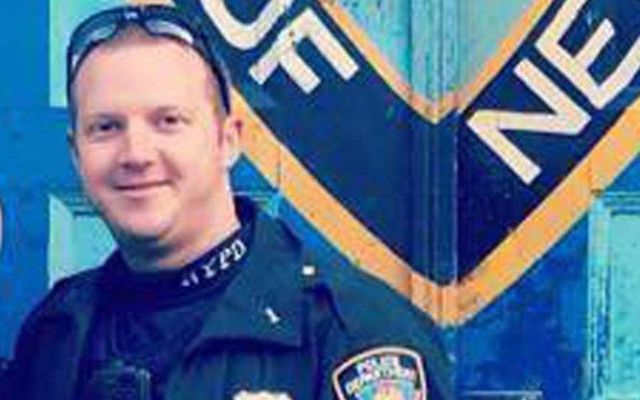 This week from May 15 is National Police Week. To celebrate this we recall some Irish American hero cops we've celebrated over the past year. Irish American cop shot Uzbekistan terrorist who mowed down 8 people and injured 11 others in Manhattan Halloween attack.

Ryan Nash, a 28-year old Irish American cop from Medford, Long Island, has become a national hero after gunning down a terrorist who had killed eight people in Manhattan, mostly tourists from Argentina and Belgium, and injured at least 11 others.

Nash, a police officer since 2012 and a member of the Emerald Society, was responding to a different call when the gruesome terrorist killings began. He is attached to the First Precinct in downtown Manhattan and was following up on a report of a possible suicidal girl in a nearby school, Stuyvesant High School, at 2.35pm.

Ryan pursued the killer when he fled his truck. The man was armed with what looked like two guns, but they were in fact pellet gun and a paint gun.

The Irish American cop took him down with a shot to the abdomen, from which he is expected to recover following surgery. Keeping the terrorist alive is a vital step for the FBI and other law enforcement agencies who can investigate his connections and question him at length.

Nash rushed to the terror scene after Sayfullo Habibullaevic Saipov (29), an immigrant from Uzbekistan, crashed the pickup truck into a school bus on Chambers Street near the high school. He immediately chased him and shot him in the stomach.

Authorities are continuing to investigate what lead Saipov to plow down innocent people on the riverfront bike path, just seven blocks from the World Trade Center, brandishing the fake weapons and yelling “God is great” in Arabic. He had left a suicide note in the rented Home Depot truck.

NYPD Commissioner James O'Neill told reporters at a press conference Tuesday evening, “I want to commend the response of our NYPD officer that was on post near the location who stopped the carnage moments after it began.”

Mayor Bill De Blasio agreed. He singled out the Medford resident while honoring the army of first responders.

“I want to thank everyone at the NYPD, all our first responders, for their extraordinary efforts in the midst of this tragedy,” the mayor said. “Starting with the officer who stopped this tragedy from continuing – all the first responders who came to the aid of those who were injured.”

Nash’s girlfriend declined to speak Tuesday night, except to say she had heard from him and that he was okay. Nash was in hospital himself for tinnitus in his ears.

On Halloween, a two-mile stretch of the Westside Highway in downtown Manhattan was shut down for investigation.

Authorities are continuing their investigation at Saipov’s home in Paterson, New Jersey, as well as a van found in the parking lot at a New Jersey Home Depot store, where he rented the truck he used in his attack.

Saipov had been an Uber driver in New Jersey for over six months, the company told CNN. The company is cooperating with authorities in the investigation. Uber reported that he had passed a background check and did not have any rider complaints about his safety as a driver.

Investigators are also scrutinizing the note left in the truck in Lower Manhattan. The note was written in English and claims Saipov carried out the attack in the name of the so-called Islamic State (ISIS).

The President of Uzbekistan Shavkat Mirziyoyev released an open letter on Wednesday stating that his country will use all "means necessary" to help the investigation into the New York terrorist attack. The suspect came to the United States from the central Asian nation in 2010.

The Argentinian government has confirmed that five of those killed were friends celebrating their high school reunion.

In a statement, Argentina's Foreign Affairs Ministry said “The Argentine Government expresses its sincere condolences for the death of Argentine citizens Hernán Diego Mendoza, Diego Enrique Angelini, Alejandro Damián Pagnucco, Ariel Erlij and Hernán Ferruchi which occurred as a result of the dramatic terrorist attack in New York this afternoon.

Deputy Prime Minister and Foreign Affairs Minister for Belgium, Didier Reynders, also confirmed a Belgian national was among those killed in Tuesday's attack.