Kelly joined LSU last November after an 11-year spell at Notre Dame and recently said he had taken the Fighting Irish as far as he could. 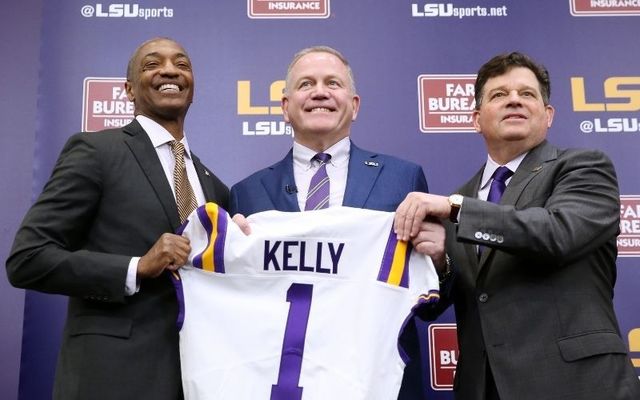 Former Notre Dame head coach Brian Kelly has revealed why he moved to Louisiana State University, pointing to how poor facilities at Notre Dame contributed to his decision to leave.

Kelly joined LSU last November after an 11-year spell at Notre Dame and told the Associated Press that he had taken the Fighting Irish as far as he could.

Kelly took Notre Dame to the College Football Playoffs in 2018 and 2020 but didn't win a game on either occasion.

He told CBS Sports' Dennis Dodd that he had requested improvements at the Guglielmino Athletics Complex at Notre Dame but that his requests were ignored.

"Did you walk into the Gug?" Kelly asked Dodd. "There is no training table. We bring food in from the cafeteria. You get a sack lunch, a box lunch.

"That building had been built not to service those areas. That wasn’t the vision the university had. I don’t have a problem with that. They had built that building to meet and locker and that’s it. We had outgrown that. I had asked for that to be addressed in 2016, and we were at 2022."

Kelly, known as the "winningest coach" in program history, said he loved his time at Notre Dame.

"We were on different paths and that’s fine. I’m fine with that."