Gregory Campbell, the DUP MP for East Londonderry in Northern Ireland, is facing calls to apologize for his post. 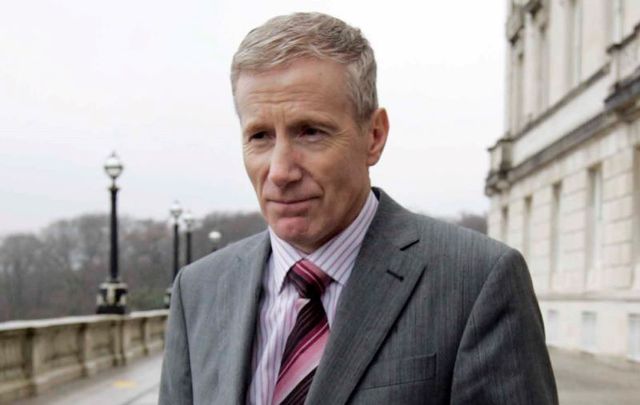 DUP MP Gregory Campbell had a similar incident regarding the Irish language in 2014.

DUP MP Gregory Campbell is being accused of mocking the Irish language after he shared a public Facebook post on Sunday.

Read More: How much Irish is actually spoken in Ireland today?

In his post, Campbell, who serves as MP for East Londonderry, wrote: “I'm informed that BBC 2 NI had a programme on tonight about a suspected German spy who lived in the RoI during the war. The humourous bit was that he was supposed to have spoken Irish with a German accent. I vill not be tempted to ask vot is dis curried yoghurt mein herr.”

The Irish Times reports the post is reminiscent of Campbell's controversial remarks in 2014 when he said in the Northern Assembly “curry my yoghurt, a can coca colyer,” an attempt at a parody of the Irish language phrase “Go raibh maith agat, a Ceann Comhairle,” which translates to "thank you, chairperson."

One person commented on Campbell's post: “Look come on, it’s funny. It’s his wee yoghurt joke. Lol. I don’t think he’s mocking the language. He’s having a laugh like we’re all allowed to do. I wish I had learned the language when I had the opportunity at school. Unfortunately I didn’t take it seriously then. It’s a beautiful language and it shouldn’t be politicised. Let’s stop looking for reasons to be offended all the time.”

However, not everyone shared that sentiment.

“Sadly, this is not the first time Gregory Campbell has insulted the Irish language community with his offensive anti-Irish mockery, these comments are reminiscent of 2014.

“When the Assembly was restored in January, DUP leader Arlene Foster said identities should be respected. Perhaps Gregory Campbell needs to reflect on the words of his party leader.

“It is long past the time that disrespect like this is allowed to go unchallenged and time the DUP genuinely embraced equality and respect.”

Gregory Campbell at his lark again.

He’s obviously very worried about the strength, growth and commitment of the Irish language community.

He comes up with what he thinks are funny and degrading remarks.

Only person he is degrading is himself

“This is not the first time that Gregory Campbell MP has made crass and offensive comments of this nature, which are intended to insult the Irish language community," the East Londonderry MLA said.

"It is not the first time and likely not the last time. However, as unsurprising as these comments are, it is important that they are challenged.”

“Gregory Campbell should remember that he was recently re-elected to serve the whole community, right across East Derry. He should apologise for these hurtful remarks and reflect on his tone going forward.”