Fionn Kilmurray found a saw-scaled viper on Sunday. The snake is responsible for more human fatalities than any other. 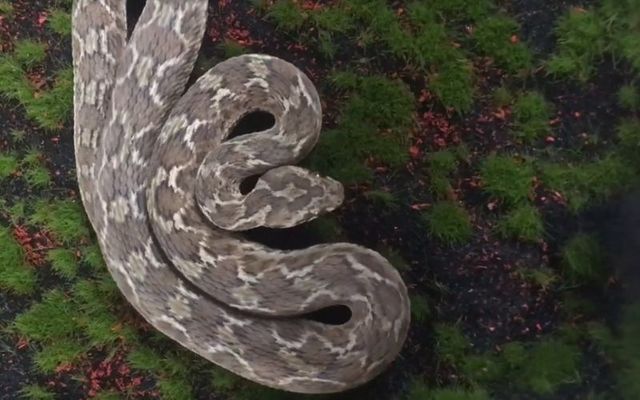 A nine-year-old boy in County Offaly had a Sunday to remember when he came across one of the most dangerous snakes in the world in his own back garden.

Fionn Kilmurray found a saw-scaled viper, a highly dangerous snake responsible for more human deaths than any other, lying in the garden on Sunday afternoon.

The snake is believed to have made its way to Ireland on a consignment of stone shipped from India. This is the first time that the snake has been found in Ireland.

He alerted his mother Aoife to the shocking discovery and she told RTÉ News that he was acting "cool as a cucumber".

Read more: Did St. Patrick really banish all the snakes from Ireland?

She sent photographs of the snake to the National Reptile Zoo while she waited for the expert to arrive and James Hennessy, the zoo's director, said that staff at the zoo knew just how dangerous the snake was by simply looking at the photos.

The National Reptile Zoo advised Aoife Kilmurray to put a box over the snake until help arrived.

The snake was taken to the National Reptile Zoo in Kilkenny and will likely be transported to a research center in the United Kingdom for anti-venom research.

James Hennessy, meanwhile, said that the incident highlighted the need for stricter monitoring of cargo contents to avoid similar cases in the future.

For nine-year-old Fionn Kilmurray, the incident was "just brilliant" and he was itching to go to school on Monday to show his friends pictures of the snake.

Read more: The real reason why there aren't any snakes in Ireland