US citizen Richard Hines was released from Fuchu Prison at 5 a.m. local time on Saturday just ten years after being convicted of her murder. 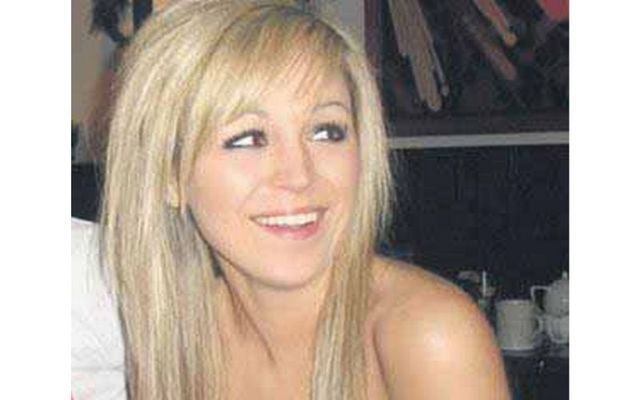 A man convicted of killing Irish woman Nicola Furlong in Japan has reportedly been released after serving just 10 years for her murder.

US citizen Richard Hines, who was 19 at the time of Furlong's murder and tried as a minor, was released from Fuchu Prison at 5 a.m. local time on Saturday, according to several reports.

The Sunday World reports that Hinds was met by immigration officials shortly after his released and deported back to the United States on the first available flight.

In 2013, Hinds was sentenced to five to ten years in jail after being convicted of the 2012 murder of 21-year-old Wexford woman Nicola Furlong in a Tokyo hotel.

Furlong was murdered in a hotel in Tokyo, Japan, on May 24, 2012. The DCU student was in Japan on a student exchange program and had been attending a Nicki Minaj concert with a friend on the night of her death.

Furlong and her friend met American musician, Richard Hinds, and his friend, James Blackston, after the gig and fell unconscious after Hinds and Blackston gave them spiked shots of tequila.

They later carried the two women across the lobby of the Keio Plaza Hotel using the hotel's wheelchairs.

Hinds strangled Furlong to death when they reached a bedroom in the hotel.

Hinds was convicted of her murder but was only sentenced to five to ten years in prison because he was tried as a minor. The age of adulthood in Japan is 20.

Blackston, 23, was jailed for the sexual assault of Furlong's friend. He has since been released.

Furlong's family have shared their disgust about Hinds's reported release.

Her father Andrew visited the Cuan Aingeal (Harbor Angel) remembrance garden set up in Nicola's honor the day before Hinds was due to be released and shared images of the memorial on Facebook.

"Took these today for personal reasons as a certain gent is getting out of jail tomorrow. If he sees them, hope the last one haunts him forever," Andrew Furlong wrote on Facebook.

Andrew Furlong spoke to Cork radio station 96 FM earlier in the month about Hinds's upcoming release, stating that Nicola's killer had shown no regret or remorse in the ten years since her death.

"He has shown no remorse, no regret, and didn’t even apologize for what he did," he told 96 FM.

"The fact that he showed no remorse. He's just a horrible, nasty person to do that to a little girl. The day he walked past me in court, when he had been sentenced, he had to count 10 years," Angela Furlong told RTÉ's Prime Time at the beginning of November.

"We were counting days without Nic and now he's counting days till his freedom when he gets on with his life and we still have to carry this burden every single day."

During his trial in 2012, Hinds claimed that he put his hands around Nicola Furlong's neck after she refused his sexual advances, adding that he never intended to kill her.

However, the prosecution rejected this and said Hinds had tried to rape Furlong while she was unconscious, only for her to wake up and start screaming.