Nicholas Alahverdian, 34, supposedly died in February 2020 at the age of 32 following a battle with non-Hodgkin’s lymphoma, according to an online tribute. 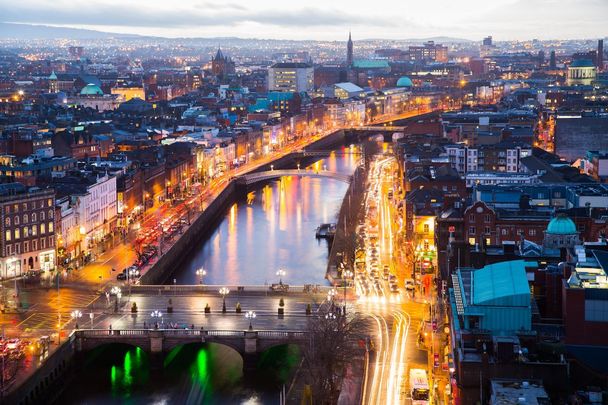 A Rhode Island man who faked his own death to avoid fraud and sexual assault charges has been found alive in Scotland after reportedly living in Ireland for a time.

Nicholas Alahverdian, 34, supposedly died in February 2020 at the age of 32 following a battle with non-Hodgkin’s lymphoma, according to an online tribute. In a self-written obituary, he claimed that his ashes were scattered at sea.

However, Alahverdian was recently discovered in a Glasgow hospital after developing a serious case of Covid-19 and being placed on a ventilator, Rhode Island state police said.

He now faces extradition to the United States over a rape charge in Utah in 2008.

"He has been taken into custody and the Utah County Attorney’s Office is working with federal and international agencies to extradite Mr. Rossi back to Utah," the agency said in a statement.

Canadian food writer and TV star Nafsika Antypas also told the Daily Mail that Alahverdian, working under the assumed name of Arthur Knight, frauded her of $30,000 by claiming to be a freelance public relations manager to help grow her brand.

Antypas said that she paid Alahverdian $7,500 a month for four months but added that he produced no results.

She alleged that he fabricated a fake red-headed wife and two family dogs and said that she believed that he was living in Dublin, Ireland at the time of their interaction.

Alahverdian was admitted to a Glasgow hospital under the name of Arthur Knight and staff at the hospital only learned that he was a wanted criminal when Interpol agents showed up and arrested him, according to the Scottish Sun.

Sexual assault charges against Alahverdian date back to a case in Orem, Utah, in 2008.

Alahverdian reportedly met and entered into a relationship with a 21-year-old woman on Myspace when he was going by the name of Nicholas Rossi in 2008.

She alleges that Alahverdian sexually assaulted her in her apartment after the relationship ended when he visited on the pretenses of paying back the money he owed her.

The rape kit had remained unanalyzed for a number of years until Leavitt was elected as county attorney in 2018 and ordered that languishing rape kits be entered into a national database of registered sex offenders.

"We got a hit," Leavitt told the New York Times, revealing that Alahverdian had been convicted of sexual imposition and public indecency while living under the name of Nicholas Rossi in 2008.

Sexual assault charges were filed against Alahverdian in September 2020, seven months after his purported death.

"We don’t make a practice of charging dead people," Leavitt said, adding that Alahverdian could have known that prosecutors were "onto him".