Brian Flanagan and his wife were forced to evacuate their home just one month after their wedding. 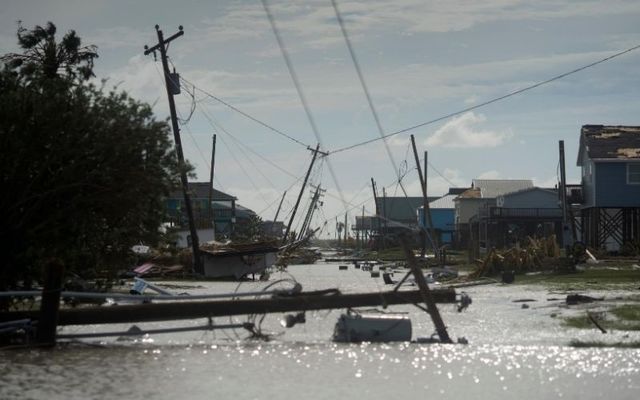 A newlywed Irishman and his wife were forced to flee their new home in Lake Charles, Louisiana, after Hurricane Laura relentlessly battered the area.

Brian Flanagan, 23, and his wife Emma, 22, evacuated their two-story home on Tuesday, Aug. 25, and left their wedding gifts and Emma's wedding dress behind due to warnings that the storm would peak at Category 2.

The couple, who were married in July, packed a bag and left before the storm hit their hometown, believing that they would be back home by Saturday.

However, Hurricane Laura peaked at Category 4 by the time it hit Lake Charles, causing utter devastation in the area, leading Louisiana Governor John Bel Edwards to claim that the hurricane was the strongest to ever hit the state, surpassing the infamous Hurricane Katrina.

Winds reached a top speed of more than 150 mph while several buildings were damaged beyond repair by the storm.

For Brian Flanagan and his wife, they must simply wait and hope before assessing the damage to their new home.

He told RTÉ's Drivetime: "We didn't think it was going to be this bad. We packed a case thinking we'll be back on Saturday. It is just Category 2, there is nothing to worry about.

"It was enough to make us leave, but not enough for us to worry. It got worse and worse, upgraded to Category 4.

"So we left so much stuff behind including one of our cars, thinking it was going to be fine but it wasn't.

"Some in our area appear to be fine, but one block over the houses have been razed to the ground.

"And on the other side of the street, they're perfectly fine. So we just don't really know.

He also said that his wife was very upset to leave her wedding dress at the mercy of the hurricane but said that he has been told that his house appears to be fine and the couple plans to return home by the end of the weekend.

Flanagan, who was born in North Dublin and has lived in Louisiana since completing his Leaving Cert in 2016, received a scholarship for McNeese State University for cross country running, where he met his bride-to-be.

The recently-wed couple, like many in the state of Louisiana, will have to wait on tenterhooks before assessing the full extent of the damage from the powerful storm that has already killed at least six people and left more than 900,000 people without power.

Hurricane Laura has also claimed the lives of at least two dozen people in Haiti and the Dominican Republic.

Read more: On this day: Hurricane Charley blows into Ireland in 1986