The 9/11 Tribute Museum is likely to close down permanently after running up too much debt during the pandemic. 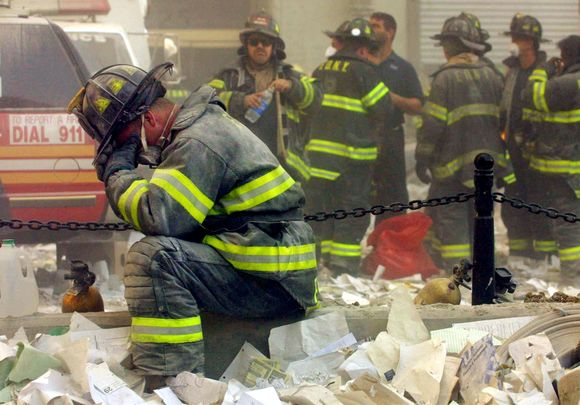 A New York museum paying tribute to the survivors of the 9/11 terrorist attacks is set to close down due to financial difficulties caused by the Covid-19 pandemic.

The 9/11 Tribute Museum in Lower Manhattan, the smaller of two New York museums dedicated to 9/11, is likely to close down permanently after running up too much debt during the pandemic, according to a report in the Wall Street Journal.

The museum relies heavily on international tourism to turn a profit and saw foot traffic fall significantly over the past two years when the pandemic ground international travel to a halt.

The Wall Street Journal reports that New York City witnessed a 50% fall in foreign and domestic tourism during the pandemic.

Jennifer Adams-Webb, the museum's chief executive, told the publication that although business had picked up since December, "the responsible thing is to close".

Adams-Webb said the museum is currently "hanging on by a string", adding that it is certain to permanently close barring an 11th-hour rescue.

Located on Greenwich Street in Lower Manhattan, the museum differs significantly from the National September 11 Memorial Museum located at the World Trade Center.

The smaller museum pays tributes to 9/11 survivors, rather than those who perished in the attacks.

The 9/11 Tribute Museum first opened its doors in 2006 and has welcomed more than five million visitors over the past 16 years in addition to training more than 1,000 survivors, first responders, and recovery workers to share their stories and experiences of the most lethal and infamous terrorist attack on US soil.

Trained survivors lead visitors on tours of the museum and the surrounding area while sharing their personal stories and experiences of the aftermath of the attack on the World Trade Center.

Adams-Webb told the Wall Street Journal that the museum drew up to 40% of its annual visitors from foreign tourists, with Irish and Israeli tourists making up a significant portion of those numbers.

Other New York museums have survived relied on endowments and visitors from the Tri-State area to survive the pandemic, but the 9/11 Tribute Museum has had no such financial support.

The museum draws fewer than 10% of its visitors from the surrounding area and has no endowment, meaning that it relied heavily on visitors from further afield to support its $3.6 million operating budget.

The museum attracted a record 500,000 visitors in 2011 but has seen visiting numbers steadily decline ever since. In 2017, it moved to a significantly larger space to accommodate more student tours, detailing the rescue and recovery efforts following the attacks in addition to Lower Manhattan's resurgence.

If the museum does permanently close, the majority of its collection will be moved to the New York State Museum in Albany.