Says life in Donegal at the foot of Mount Errigal has ‘healed’ him. 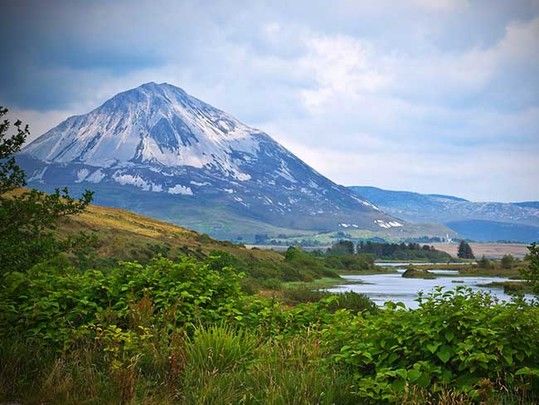 Gary Issi-Tohibi, or White Deer, says life in Donegal at the foot of Mount Errigal has ‘healed’ him. eaf.ie

A native American tribal leader, who now lives in the Donegal Gaeltacht, says he feels a connection to the spirit of the land around Mount Errigal and that living in Ireland has healed him.

Gary Issi-Tohibi – or White Deer – says he has been ‘invited’ to Ireland 17 times. The 63-year-old Choctaw Nation professor has lived in Donegal for only four months, but told the Irish Independent that he has found ‘home.’

White Deer resides in a small cottage in the townland of Cashel na gCorr, near Gortahork and overlooking Mount Errigal. According to the Irish Independent, he is learning Irish phrases and spends his days painting in the Donegal countryside and working on a novel that looks at the modern day tribe.

In 1847, his tribe, the Choctaw, sent $117 to Ireland after learning about the Great Famine. The Choctaw lost thousands of its people when it was forced to relocate from Mississippi to Oklahoma in 1831 in what became known as the Trail of Tears.