Paddy Moriarty, 70, had reportedly argued for years with the 11 other residents of the tiny village of Larrimah, which is 300 miles south of Darwin. 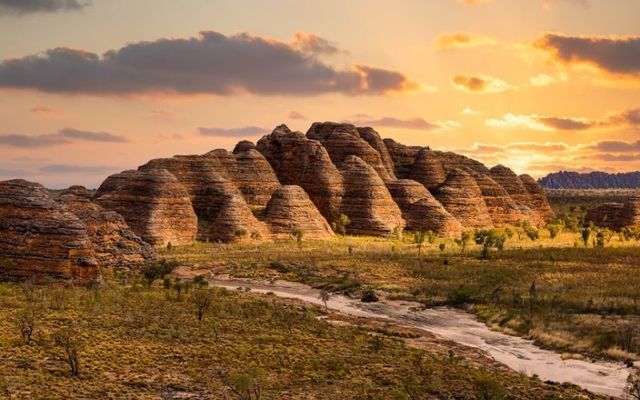 The Outback in Western Australia. Getty

An Irish man who disappeared in the Australian Outback in December 2017 was probably killed by one of his neighbors, an Australian coroner has ruled.

Paddy Moriarty, 70, had reportedly argued for years with the 11 other residents of the tiny village of Larrimah, which is 300 miles south of Darwin.

Moriarty, who left Ireland for Australia in the 1960s, was reportedly fond of a drink and a fight.

Moriarty reportedly drank eight beers and rode home on a motorized quad bike with his beloved dog Kellie. Neither has been seen since.

His disappearance placed every inhabitant of Larrimah under suspicion, with every resident of the village questioned in court about his disappearance.

Moriarty had made a number of enemies in the tiny village, including wild buffalo pie maker Fran Hodgetts, who had signed a court-ordered mediation letter agreeing to smile and wave at Moriarty but to ignore him otherwise.

The Sunday Times reports that Hodgetts had accused Moriarty of placing dead kangaroos under her house, poisoning her plants, and warning visitors not to try her pies by saying that even his dog wouldn't eat them.

Greg Cavanagh, who conducted a long-awaited coroner's inquiry into Moriarty's disappearance, said the Irish man was likely killed as a result of a feud with one of his neighbors.

"In my opinion, Paddy was killed in the context of and likely due to the ongoing feud he had with his nearest neighbors," Cavanagh said.

The coroner ruled out misadventure, including a theory that Moriarty had been killed by a venomous snake or that he had fallen into the cage of the village's captive crocodile Sneaky Sam.

Cavanagh said Moriarty had probably made it home from the pub since his wallet and hat were in his house and said it was likely that he ventured out to attack Hodgetts' house once again.

"There is no evidence as to where he went. However, it is likely that the new plants at Fran’s place were of some attraction," Cavanagh said.

However, local police told the coroner's inquiry that they had secretly recorded Hodgett's live-in partner and gardener Owen Laurie boasting that he had "killerated old Paddy".

The recordings were obtained from a listening device placed in Laurie's living quarters following Moriarty's disappearance.

Laurie has denied that it his voice on the recording.

However, he admitted that he had an altercation with Moriarty days before his disapprearance, warning him that he would commit the "first murder in Larrimah" if anyone touched his plants.

The coroner has passed the case to the director of public prosecutions, who will decide whether anyone should be prosecuted in relation to Moriarty's disappearance.