Daniela Adamcova, 57, who is from Slovakia but has lived in Ireland for the past six years, was discovered on Sept. 12 sitting on a jagged rock on the remote Croatian island of Krk, which is inhabited by bears. 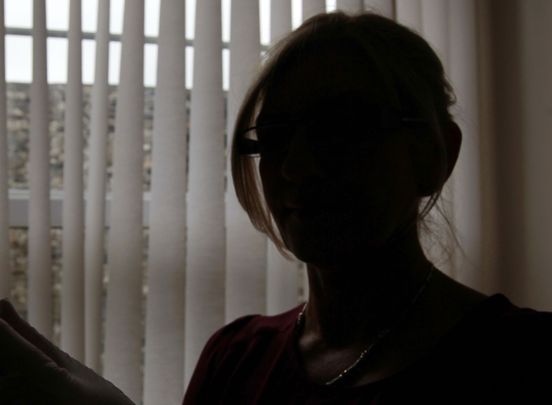 Memory loss: Daniela Adamcova (57) who is from Slovakia but moved to Ireland in 2015, was discovered in Croatia with no idea of her identity. RollingNews

Croatian police have identified a woman who was found wrapped in a sheet on a rocky island in the north Adriatic Sea with no idea who she was or where she came from thanks to a tip from two US residents.

Daniela Adamcova, 57, who is from Slovakia but moved to Ireland in 2015, was discovered on Sept. 12 sitting on a jagged rock on the Croatian island of Krk, which is inhabited by bears and connected to the mainland by a bridge.

She communicated in fluent English when she was discovered but could not give her name or where she came from, while she didn't have any identification documents or cell phone on her person.

Meanwhile, Croatian rescue services said that the woman spent the night at the rocky shore and revealed that was "exhausted and with light injuries and disoriented" when she was found on Sept. 12.

Croatian police released a photograph of the woman with blond hair, blue eyes, and a bloodied face in an attempt to identify her.

Now we do know her name: Daniela Adamcova.

Nina Smidt told The Daily Beast that the scratched-up woman pictured in photos that flashed around the globe this week had worked as an artisan at a company in LA where she was a manager in 2015. https://t.co/aqxsWRex2d

The case has generated international interest and the woman's photograph was recognized by two Los Angeles residents who immediately identified the woman as Adamcova.

Nina Smidt told the Daily Beast that she had worked in the same company as Adamcova in 2015.

Smidt, who was Adamcova's manager, said that the company was a non-profit that helped the homeless in Los Angeles.

The non-profit operated out of a warehouse in Downtown Los Angeles and landlord Tyler Madsen allowed Adamcova to live there rent-free so that she could save money to move to Ireland.

Smidt said that she recognized Adamcova's photograph instantly and sent it to Madsen to confirm that it was her.

Maden told the Daily Beast that he was certain that the woman in the photograph was his former tenant.

"One hundred percent—there is no doubt in my mind it’s her," he said.

Adamcova moved to the US as a 19-year-old in 1984 to pursue a career in jewelry design and reportedly sold her own jewelry to a number of high-profile celebrities, including Diana Ross, Barbara Streisand, Brigitte Bardot, and several members of the Friends cast.

In 2008, she told local Slovakian publication My Trencin that she had worked in housekeeping and childcare jobs before starting a degree in Fashion Design and Art Painting at the Fashion Institute of Design and Trade in Santa Monica.

Adamcova returned to her native Slovakia in 2000 and stayed there for several years before returning to the United States on an unknown date.

Smidt said that Adamcova had "run into hard times and bad luck".

Madsen said that he remembered Adamcova as a hard worker who was determined to move to Ireland.

"Our interactions were always good. She was a hard worker and was always trying to save up money. I think it was Ireland she was trying to go to and she had friends over there and was really determined to save up and get to her people."

Croatian police said that Adamcova was in a "stable" condition in a hospital in the town of Rijeka and added that Croatian social services will take over her care once she is released from hospital.