A further nine members of staff, mostly nurses, have been suspended from Co Antrim hospital Muckamore Abbey which principally cares for adults with an intellectual disability, behavioral or mental health problems. 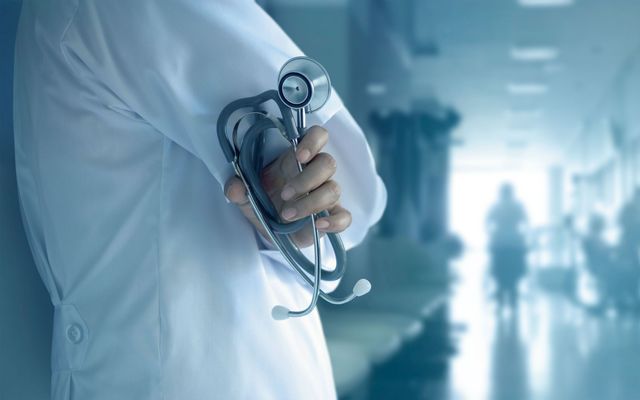 More members of staff have been suspended from Muckamore Abbey Hospital. Getty

After claims of abuse first led to the suspension of four members of staff in November 2017, an investigation into past incidents in Muckamore Abbey Hospital has resulted in the suspension of nine more of their staff.

A Northern Ireland Health and Social Care Executive has issued an apology after suspending nine more members of staff over suspected abuse of patients in the Muckamore Abbey Hospital in Co Antrim.

The Belfast Trust on Thursday apologized to families and patients as they confirmed the suspensions, believed to be mostly nurses, from the hospital which principally cares for adults with an intellectual disability, behavioral or mental health problems.

“We are in the process of meeting with the families so that we can apologize to them directly, and to explain in further detail the actions we are taking,” the Belfast Trust said in a statement.

Issues detailed by the well-placed insider include ‘rampant’ violent assaults on staff by patients and a “dangerous work environment” at Muckamore Abbey Hospital due to a lack of support for staff from senior Trust bosses https://t.co/EVsRPaFqoV

"We wish to assure all of the patients who we care for in Muckamore Abbey Hospital and their families that their safety is our absolute priority at all times."

On Thursday, the Irish News reported that an investigation into past CCTV footage had revealed "inappropriate treatment of patients" following the suspension of four members of staff in November 2017 when the allegations first arose.

The Belfast Health Trust has confirmed that a number of staff members have been suspended at Muckamore Abbey Hospital, which cares for vulnerable adults. Last November four members of staff at the hospital were suspended following allegations into ill treatment of patients. The latest suspensions, which the Trust are describing as "precautionary" follow CCTV evidence of in-appropriate treatment of patients.

"Since then, we have put in place enhanced arrangements to ensure high standards of care are maintained,” the Trust’s statement continued.

"As part of the ongoing investigation and a review of archived CCTV footage, a further number of past incidents have been brought to our attention in the past week.

"Due to the serious nature of this evidence, we have taken immediate action to suspend nine staff - the majority of whom are nurses - and we are currently in the process of interviewing ten further staff who were reported to us as witnesses to these events."

The statement concluded by saying that the Trust is satisfied that the care of current patients and that it continues to communicate with the families of patients affected.

Director of the Royal College of Nursing in Northern Ireland, Janice Smyth, has told the BBC that she is concerned about the patients and staff at the hospital, however.

"They are amongst the most vulnerable. It's very important that they have continuity of care, that's there a stable nursing workforce there to look after them, that their quality of life is as good as it can be,” Smyth said.

"Those are issues that are a huge concern to us, but we're also very concerned about the health and wellbeing of the staff who work there.

"As you can imagine, this has been a significant burden and concern for nurses and other staff working there since September last year."

The Police Service of Northern Ireland has confirmed that their investigation is ongoing.