Moses Farrow, the son of Woody Allen and Mia Farrow, has strongly defended his father against allegations of incest with Dylan Farrow, his sister. 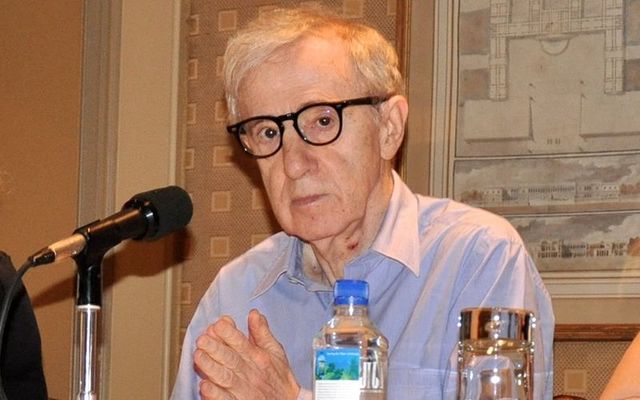 Moses Farrow, the son of Woody Allen and Mia Farrow, has strongly defended his father against allegations of incest with Dylan Farrow, his sister.

He blamed his mother Mia Farrow, who is the daughter of Irish-born actress Maureen O Sullivan, who starred in Tarzan movies in the 1930s.

"Strangers on Twitter pose me this question all the time: “You weren’t there to witness the assault, so how do you know it didn’t happen?” But how could anyone witness an assault if it never happened?

I've written this piece about my family, my childhood and the truth about my mother... and I wanted to share it with you. #truthislouder https://t.co/PGzskJ2jyS pic.twitter.com/pLb8htRwgn

"As the “man of the house” that day, I had promised to keep an eye out for any trouble, and I was doing just that. I remember where Woody sat in the TV room, and I can picture where Dylan and Satchel were. Not that everybody stayed glued to the same spot, but I deliberately made sure to note everyone’s coming and going. I do remember that Woody would leave the room on occasion, but never with Dylan. He would wander into another room to make a phone call, read the paper, use the bathroom, or step outside to get some air and walk around the large pond on the property.

"Along with five kids, there were three adults in the house, all of whom had been told for months what a monster Woody was. None of us would have allowed Dylan to step away with Woody, even if he tried. Casey’s nanny, Alison, would later claim that she walked into the TV room and saw Woody kneeling on the floor with his head in Dylan’s lap on the couch. Really? With all of us in there? And if she had witnessed that, why wouldn’t she have said something immediately to our nanny Kristi? (I also remember some discussion of this act perhaps taking place on the staircase that led to Mia’s room. Again, this would have been in full view of anyone who entered the living room, assuming Woody managed to walk off with Dylan in the first place.) The narrative had to be changed since the only place for anyone to commit an act of depravity in private would have been in a small crawl space off my mother’s upstairs bedroom. By default, the attic became the scene of the alleged assault."

He goes on to outline how the attic a small crawl space, full of old floorboards, would not have fit a big electric train set like the one Dylan has described during the assault. He also recounts Mia Farrow coaching the children to lie about Allen.

All I’m going to say about efforts to deflect from my sister‘s allegations: pic.twitter.com/IRrj5fzMqV

Dylan Farrow has since addressed her brother’s Moses Farrow’s claims on Twitter, claiming he is  a “troubled person” and saying his blog post “is an attempt to deflect from a credible allegation made by an adult woman, by trying to impugn my mother who has only ever been supportive of me and my siblings.”