Model who tried to smuggle $1.4 million in heroin into Ireland is put on trial

Her effort in January 2017 was foiled by Pakistani police. The model broke down in court learning she could face ten years in a Pakistani prison if found guilty. 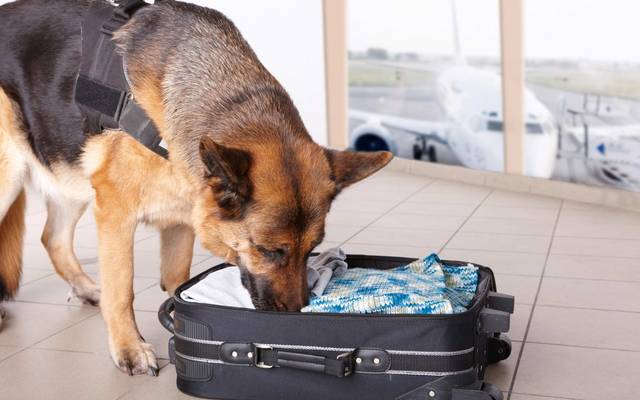 Airport canine. Dog sniffs out drugs or bomb in a luggage. Getty

The trial of a 22-year-old model accused of trying to smuggle $1.4 million worth of heroin into Ireland has commenced in Pakistan.

Her effort in January 2017 was foiled by Pakistani police. The model broke down in court learning she could face ten years in a Pakistani prison if found guilty.

Tereza Hluskova, 22, from the Czech Republic, was arrested at Lahore airport in Pakistan as she was boarding a flight to Dublin via Abu Dhabi.

Almost 20 pounds of heroin were found hidden in statues in her luggage.

The model claimed she was in Pakistan for a modeling job and she told authorities she did not know how the heroin ended up in her suitcase.

Kluskova said she had met a mysterious man in Manchester, England, who had set up a 'fake' photography studio.

She was asked by him to visit Pakistan for a major fashion promotion.

A customs spokesman said: “She came to Pakistan and resided in Gujranwala for a few days before coming to Lahore airport to fly for Abu Dhabi with the heroin bag.”

In a video, released online, a Pakistani customs official is shown discovering the drugs hidden in the suitcase while Miss Hluskova looks on. She then puts her head in her hands.

She says in the video: “They gave me something for luggage, three statues or something. They said it was gifts. I didn't know there was something inside.”

The trial was adjourned for more evidence to become available.