The 22-year-old was walking home from a night out when he went missing and is now believed to have been shot by a Dublin criminal. 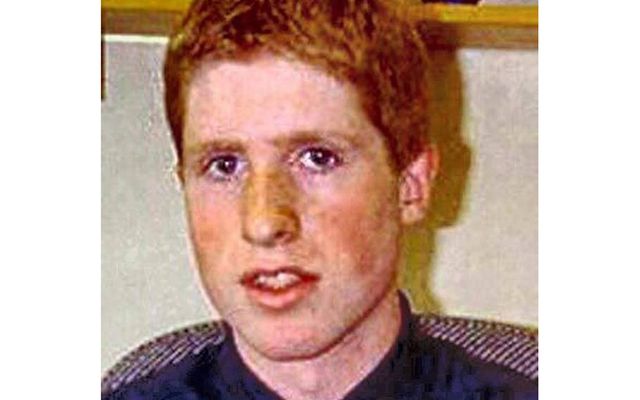 Missing Trevor Deely was just 22 years old when he disappeared on the morning of December 8, 2000.

Gardaí have roped off a three-acre wooded area in the Dublin city neighborhood of Chapelizod as part of the investigation into the Trevor Deely disappearance - a missing person’s case almost 17 years in length. The 22-year-old Bank of Ireland worker went missing on December 8, 2000, after a night out with his co-workers. CCTV footage retrieved earlier this year shows him speaking to a man in black outside his office, sparking his family to offer a further $117,000 (€100,000) reward for information on Deely's disappearance.

In the last few days, however, Gardaí revealed that a criminal source has informed them that the young Irish man was shot and murdered by a Dublin gangster and hidden in the trees in Chapelizod. Having identified a three-acre patch in the west Dublin area where Deely is claimed to be buried, the police are now settling in for what they believe to be a month-long excavation of the site, as vegetation and grass is removed. The source claims that Deely's body will be found in an underground tunnel or pipe and that he was buried there after an unfortunate chance encounter with a Dublin criminal outside his office.

Although the criminal in question cannot be named for legal reasons, he is reported to be a formerly well-known figure on the Dublin criminal circuit, active in drug dealing, armed robbery and in prostitution at the time of Trevor Deely’s disappearance. It is believed he engaged in a dispute with Deely in which a gun was pulled and he had hidden the 22-year-old’s body in the underground pipe in panic.

Deely was last seen on a CCTV image showing him passing an ATM at 4.14 am on the morning of December 8, 2000. Just last April, Gardaí made a call for further information and released a further recently recovered CCTV video showing the victim conversing with an unknown man earlier that morning.

The man in question arrived at 2.59 am at the rear gate of Bank of Ireland’s asset management offices on Wilton Terrace, Dublin 2, where Deely worked, waiting just over half an hour before Deely appeared after his night out with friends. The unidentified man approached Deely, conversing with him before the bank worker enters the building to have coffee with a friend working a night shift. Leaving 40 minutes later, Deely can be seen walking down towards Baggot Street Bridge before the ATM CCTV picks him up for the last time.

Read more: Documentary on Ireland’s youngest missing person to be shown in US

Exactly 18 months later, the same small section of the city was the site of another brutal murder when Sinead Kelly, a 21-year-old who worked in prostitution, was stabbed to death on the banks of the Grand Canal off Baggot Street in June 1998.

This is the most significant development in the open case of Trevor Deely in over 16 years.