Declan Reid, 34, was able to keep his son afloat long enough to alert a passer-by. 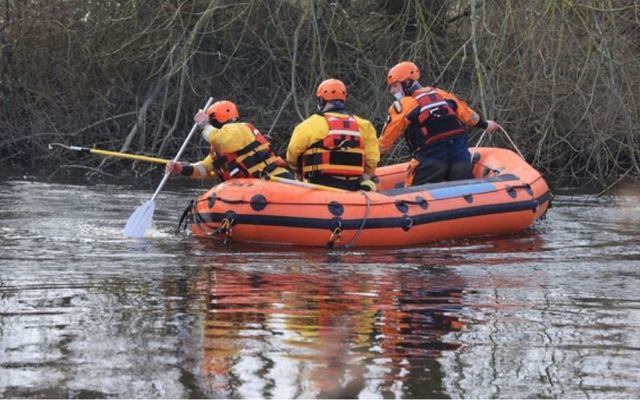 Gardaí have recovered the body of a man who has been missing since a kayaking accident last weekend from a river in County Kildare.

Declan Reid, 34, went missing on Sunday, Feb. 28, after the kayak that he and his eight-year-old son were using overturned on the River Barrow near Ardreigh Loch in County Kildare.

Reid was able to keep his son afloat and alerted a teenage boy on the banks of the river.

The boy dived into the water and pulled Reid's son to safety, but Reid had disappeared from view by the time he returned to the water.  His son was treated by paramedics on the banks of the river.

An extensive operation involving members of the Garda Water Unit, local gardaí, the Civil Defence, and local volunteers was launched to locate Reid before his body was found six days later.

Members of the Garda sub-aqua unit recovered his body from the River Barrow at about 4 p.m. on Saturday, March 6.

His body was removed from the scene on Saturday evening and taken to the mortuary in Naas General Hospital for a post-mortem examination.

Gardaí released a statement on Saturday confirming the news.

"Gardaí in Athy have recovered the body of a male, aged in his 30s, this afternoon following a search operation in the River Barrow, Co. Kildare which commenced on 28th February 2021," the statement said.

"At approximately 4pm, Gardaí from the Sub-Aqua Unit recovered the body from the water.

"The body of the male remains at the scene and the local Coroner has been notified.

"His body will be removed from the scene shortly, and taken to the mortuary in Naas for a post-mortem examination."