Fionnghuala O'Reilly was left “shaken” after being chased by a Trump supporter in Washington DC. 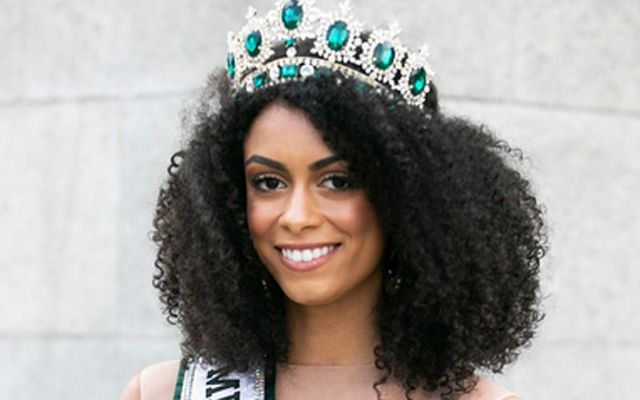 Former Miss Universe Ireland Fionnghuala O'Reilly was forced to flee from a Trump supporter yelling at her for wearing a mask.

The 28-year-old Irish-American model and former Miss Universe finalist said she was left “shaken” after being harassed and chased by a protester in Washington DC during the pro-Trump riots.

O'Reilly, who works for NASA as a datanaut, shared the footage of the incident on her Instagram page. She wrote: “I’m absolutely appalled. I’m still shaken.

“This morning, a man followed me, yelled at me, and chased me down because I wore a mask while on a jog.

“I had to run away from him to get away.”

In the clip, the man can be heard shouting: “My grandmother is 75 with diabetes and she beat COVID, but here you are, running around with a mask on and [you’re] like 33.

“Videotape me, I don’t care,” he says, before the video cuts off and he advances towards her.

O’Reilly became the first woman of color crowned Miss Universe Ireland in 2019. She currently lives in the US capital, where she is a correspondent with the CBS show Mission Unstoppable, the Daily Star reports.

In her social media post, she wrote: "I live downtown. This violence, this chaos is disgraceful. Our city is being terrorized.

"This morning, a man followed me, yelled at me, and chased me down because I wore a mask while on a jog.

"I had to run away from him to get away. The attacks have only gotten worse.

"This has completely gone too far. If you are in the city, please stay safe and stay home."