Ed Ward was a titan of Irish culture in America, starting the biggest Irish festival of its kind. 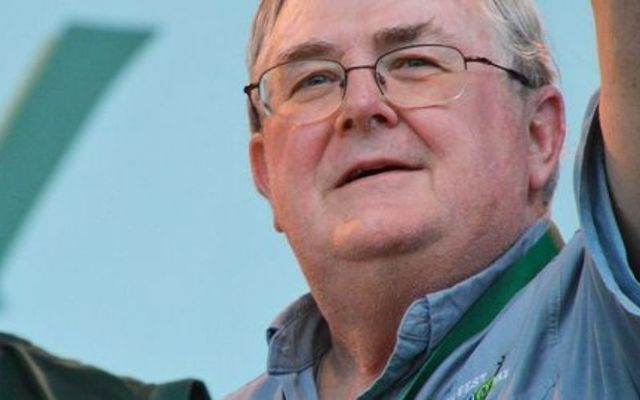 Founder of Milwaukee Irish Fest, Ed Ward, has passed away.

Founder of Milwaukee Irish Fest Ed Ward was one of the greatest friends to Irish culture in America.

The Irish American community is in mourning after the loss of one of the greatest champions of Irish culture, music and dance—founder of Milwaukee Irish Fest, Ed Ward. He passed away on Sunday, October 13, aged 74, following a long battle with cancer.

After serving in the Peace Corps and in the US Army, Ed returned to Milwaukee and established a world-class Irish festival, quickly rivaling other festivals in Ireland and the US, and growing to become one of the biggest and best in the world.

He was the driving force behind the festival, which will now celebrate its 40th anniversary next year without its founder, and his influence was felt far afield with thanks to his passion and determination to bring Ireland to those who loved it in America.

I want to join this tribute Ed Ward, founder of @mkeirishfest which he ran for nearly four decades as a brilliant showcase for Irish music & culture. I extend my condolences to his family & many friends. Ar dheis Dé go raibh a anam dílis. https://t.co/4y6AW4xcvM

Not only was Ed the founder of Irish Fest but he was involved in the founding of the John J. Ward Irish Music Archives, the respected band Blarney and the Irish Fest Foundation.  He also served as Irish Fest executive director for the event's first eleven years, as well as serving as the board president for four years, a permanent member of the board, and chaired the festival's entertainment committee.

As tributes pour in, CelticMKE, which produces Irish Fest, is encouraging friends and followers to send thoughts, memories, and condolences to rememberinged@celticmke.com.

"Ward's influence and legacy stretch far beyond the festival and its organization," read the press released from Celtic MKE.

"He played a role in connecting with and supporting other Irish festivals across America as well as Irish musicians around the world. He established communications and fostered relationships to elevate Celtic culture with various entities in the U.S., Ireland, Canada and Scotland.

We’re very sad to hear of the passing of Ed Ward, one of the founders of @mkeirishfest a true inspiration and representation of Irish Culture & Heritage!! Rest easy!! Our Thoughts are with all of his family & friends!! pic.twitter.com/QkG56D3dWn

"He was a trailblazer whose ideas, advice, guidance, and mentorship left an imprint on the Irish-American community. Ward has enriched so many lives and has been an infinite source of inspiration."

"We have lost a true champion of Irish and Celtic music and culture. More importantly, we've lost a dear friend," added Linda Clark-Klibowitz, board president for CelticMKE.

"His impact will be felt in the Celtic community around the world for decades to come. We offer our sincere condolences to Ed's family and to all those who have been touched by his kindness over the years."

Irish Minister of State for the Diaspora, Ciarán Cannon T.D. was among the first to pay tribute to Ed and his legacy.

“I am very saddened to hear of the death of Ed Ward," he said.

"I extend my deepest condolences to his wife Cathy, his family, and his many friends.

"Ed Ward was the founder of the Milwaukee Irish Fest and a towering figure in Irish America who dedicated his life to the promotion of Irish culture.

So sorry to hear of Ed’s passing. His legacy is a powerful one and will endure for decades to come. Ed was an extraordinary member of our @GlobalIrish community and he spent a lifetime enriching that community. My deepest sympathy to his family. May he Rest in Peace.

"His efforts, however, did not limit themselves there," he added.

"Ed Ward was also the founder of the Ward Irish Music Archives. This archive, founded 27 years ago, is now considered one of the United States’ most important collections of Irish folk music and plays an important role in preserving and transmitting this unique cultural legacy.

"Such was the respect for Ed Ward’s contribution to the promotion of Irish culture that in November last year, he was honoured with a Presidential Distinguished Service Award. Sadly, Ed himself was unable to travel, but I was delighted to meet his wife Cathy at Áras an Uachtaráin, who travelled to accept the Award from President Higgins on Ed’s behalf.

"As a fellow musician, I cherish the fact that Ed chose to make Irish music the means that unites hundreds of thousands of people each year in celebration of this cultural heritage, and the rich contribution it has made over the course of centuries to the cultural tapestry of North America."

Have you ever visited Milwaukee Irish Fest? Share your love and fond memories for Ed in our comments section, below.