You can also see the remains of an 18th-century Dublin theater at the Lidl supermarket on Aungier Street in Dublin. 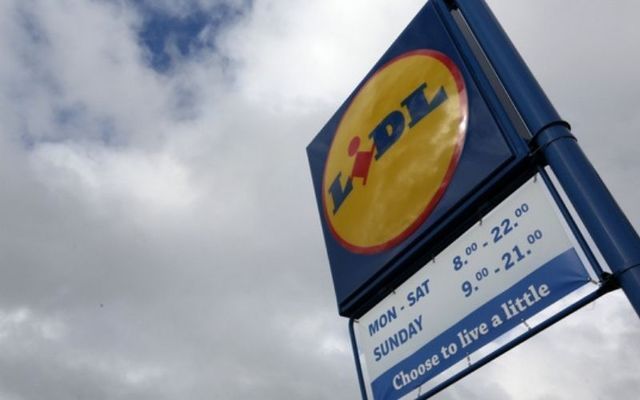 Lidl opened its store on Aungier Street in Dublin on Oct. 15. RollingNews.ie

Shoppers in a new supermarket in Dublin will be able to view the remains of an 11th-century medieval house as they buy their milk and bread.

A Lidl supermarket, which opened on Aungier Street in Dublin on October 15, 2020, boasts the remains of the house, which are clearly visible beneath a glass viewing point set into the store's floor.

The thousand-year-old sunken-floored structure was uncovered during an excavation at the site before construction of the new Lidl supermarket, which is located near Dublin Castle.

It is now located underneath the floor in the middle aisle of the supermarket, where shoppers can buy toys and tools.

Paul Duffy, from IAC Archaeology, told RTÉ News that the structure was "unique" for Dublin.

"It is a domestic structure so you would have to imagine that there would have been a suburb here of Hiberno-Norse Dubliners who were effectively the ancestors of the Vikings," Duffy said.

It isn't the only historical structure on display at Dublin's newest supermarket.

A second glass panel near the checkout tills allows shoppers to glimpse an 18th-century "pit trap" from the stage of the old Aungier Street Theatre.

Pit traps were used to bring an actor on stage as if by magic, according to Linzi Simpson, consultant archaeologist for the project.

"We were delighted that such a meaningful part of the theatre was found, recognized, and is now presented to the public. I think it's really fantastic that Lidl is displaying it right in front of their tills," Simpson told RTÉ News.

Information panels about the structures are also placed throughout the store in addition to artwork interpreting the original buildings.

The foundations of the medieval parish church of St. Peter, which served parishioners for more than 600 years between 1050 AD and 1650 AD, are also preserved in a working area beneath the new Lidl store.