The United Nations appointed Major General Maureen O'Brien as Ireland's Deputy Military Advisor, making her the first woman in Irish history to take on the role. 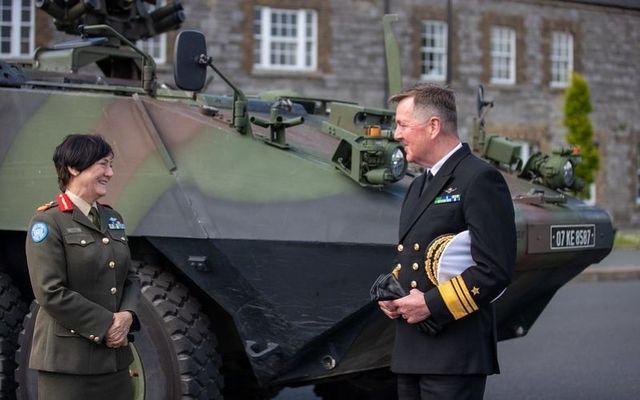 An Irish woman has become the first female officer in the history of the Irish State to reach the rank of Major General.

The United Nations has appointed Major General Maureen O'Brien, a native of Co Galway, as Ireland's Deputy Military Advisor, making her the first woman in Irish history to take on the role.

She will be sent as one of two military advisors to the UN Under Secretary-General for Peace Operations at the United Nations Headquarters in New York.

A warm welcome to Brigadier General Maureen O’Brien from 🇮🇪, the first female general officer to be appointed as Deputy Military Adviser in the @UN Department of Peace Operations.
She brings with her extensive experience and knowledge in peacekeeping.
📷 @IRLDeptDefence pic.twitter.com/m7jbdORMlr

Speaking at the Cathal Brugha Barracks in Dublin on May 25, Major General O'Brien said she is looking forward to her new role and that her appointment to this position shows that if you can see it, “you can be it, you just have to work hard."

The @UN has announced the appointment of Ireland's first female Brigadier General Maureen O’Brien to the post of Deputy Military Advisor in the Office of Military Affairs @UNPeacekeeping. All in @IRLDeptDefence offer her their warm congratulations.

Simon Coveney, T.D., the Minister for Defence and Minister for Foreign Affairs welcomed the appointment: “Maureen has extensive command and peacekeeping experience having served most recently as Deputy Force Commander in the United Nations Disengagement Observer Force (UNDOF) and I have no doubt that she will make an important contribution in this new role as part of the UN team. ”

Jacqui McCrum, the first female Secretary-General for the Department of Defence, also celebrated the announcement: “I am delighted to welcome the appointment of Maureen to this role, which is a is ground-breaking one for the Defence Organisation. Maureen brings a wealth of experience to this position and is a great role model for members of the Defence Organisation."

Major General O'Brien has extensive overseas service. In 2009, she became the first Irish female officer to serve as Deputy Commanding Officer of an Infantry Battalion in Chad (MINURCAT).