Marie Downey collapsed onto her newborn son Darragh while suffering an epileptic seizure at Cork University Maternity Hospital in March 2019. 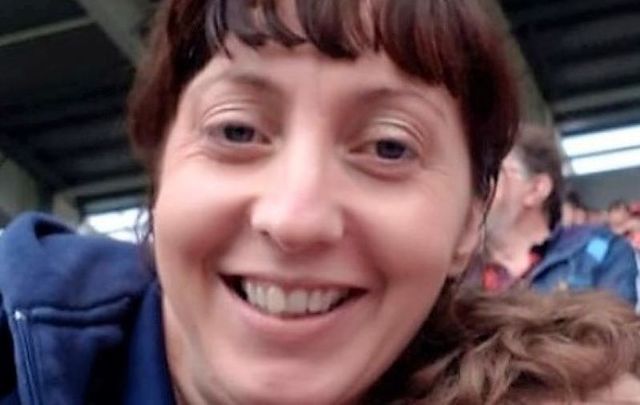 The death of Marie Downey, 36, and her four-day-old son Darragh in a Cork hospital in 2019 has been ruled a "medical misadventure." RollingNews.ie

Irish woman Marie Downey and her four-day-old son Darragh Downey died at Cork University Maternity Hospital (CUMH) in 2019 due to medical misadventure, an inquest has confirmed.

Darragh Downey was found trapped under the lifeless body of his 36-year-old mother Marie Downey on the floor of her hospital room at CUMH on March 25, 2019, after she suffered an epileptic seizure.

The mother-of-three was found dead and partially out of bed in a contorted position at around 8 a.m. after appearing to suffer a seizure while breastfeeding.

Her son Darragh was found trapped underneath her in a critical condition and died 33 hours later in spite of major medical intervention. A post-mortem concluded that the weight of Marie Downing's body stopped the supply of oxygen to both his heart and brain.

Perinatal Pathologist Dr. Peter Kelehan, who conducted the autopsy on Darragh's remains, told the inquest via Zoom that the four-day-old baby died due to acute respiratory failure as a result of compression asphyxia and multi-organ failure.

He said that Darragh was a well-formed, well grown, and well-nourished baby and added that the fall from the hospital bed would not have contributed to his death.

Instead, it was the weight of his mother leaning down on him for several minutes that was responsible for his death.

He said that damage to Darragh's brain was caused by sustained compression on his chest, pushing his sternum down toward his spine and preventing blood from being pumped to the heart and the brain.

He added that circulation could have restarted by the time that his mother's body was lifted off him but said that it was very late by that stage and the "damage was done".

Dr. Kelehan said that Darragh would have had to be found within five minutes of the incident to have any chance of survival.

Assistant State Pathologist Dr. Margaret Bolster, who carried out the post-mortem on Marie Downey, said that the 36-year-old suffered an upper cervical spinal cord injury that caused cardiac arrhythmia.  She added that an epileptic seizure caused her to fall from the bed, while the neck injury that she sustained was the immediate cause of death.

Doireann O'Mahony, junior counsel for the Downey family, told the inquest that there was no proper plan of care in place during Marie's pregnancy for a mother with epilepsy.

O'Mahony said that Marie Downey was in the care of obstetrician Dr. Keelin O’Donoghue and told the inquest that the mother-of-three was taken from a high dependency unit and placed in a private room despite clear risk factors.

"No attempt was made by the hospital to monitor the levels of Lamictal [anti-convulsant medication] in her blood. Marie suffered a major post-partum hemorrhage and spent the night in a high dependency unit," O'Mahony told the inquest.

"In spite of the clear risk factor for seizures and in spite of her known and stated morbid fear and paranoia that she would have a seizure while breastfeeding, she was taken from the high dependency unit and placed in a single room."

The inquest also heard that Dr. O'Donoghue did not write to Marie Downey's neurologist during her pregnancy with Darragh.

O'Mahony said that apologies were "too little, too late" and added that the case was one of the "most horrific" that she had ever been involved in.

Colm Halpin, Senior Counsel for the HSE, told the inquest that his clients would be offering no submission against a verdict of medical misadventure. He offered his heartfelt condolences to the Downey family.

The HSE has circulated guidance on women with epilepsy to all maternity units in the country since the tragedy occurred.

Medications for co-morbidities taken by inpatients now must be prescribed, while the administration of medication now must be documented in the patient's healthcare record.

The jury also made a series of recommendations in the case, including a recommendation that an independent systems review report into the tragedy be implemented.

Marie's husband Kieran told the Irish Mirror that he had "no faith" in the "chaotic" HSE system.

"There doesn’t even seem like there is a system. It is chaotic from the get-go. Everything that was discussed during the last three days proves the system (doesn't work)," Kieran Downey told the Irish Mirror.

He added that he feared that a similar tragedy could happen again in the future unless the recommendations of the jury and the independent review were implemented in a timely manner.