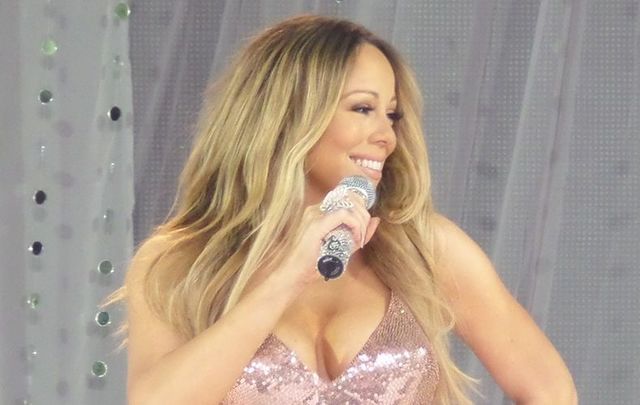 A former bodyguard of famed singer Mariah Carey is threatening to sue the 48-year-old for alleged invoices left unpaid, as well as accusing the “All I Want for Christmas” star of sexual harassment.

Carey, whose mother is Irish American, is said to owe her former security firm a balance to the tune of $221,329.51, for protecting her from June 2015 to May 2017. Former bodyguard Michael Anello also claims, however, that his company had been promised work for a further two years leaving him at a loss of some $511,000.

The money owed is just the tip of the iceberg in terms of the accusations made in a draft lawsuit prepared by Anello’s lawyer. He is also claiming that he was the victim of sexual harassment as well as other humiliating and abusive treatment while he was in Carey’s employ.

The draft lawsuit, seen by TMZ, claims that Anello was frequently humiliated by Carey, who would call him a Nazi, a skinhead, a KKK member and a white supremacist. He claims that Carey "wanted to be surrounded with black guys, not white people" and would refer to her security team as members of hate groups.

One of the worst claims made in the draft, however, are those of sexual harassment, with Anello alleging that Carey would commit "sexual acts with the intent that they be viewed by Anello."

Anello claims that while on a trip to Cabo San Lucas, the singer called him into her room to move some luggage but when he entered her bedroom she was wearing a see-through dressing gown that was open. The former bodyguard claims he tried to leave the room but that Carey insisted he moved the luggage first.

Carey’s people are said to have reached out to Anello about a settlement but he was unhappy with the figure. No further information has yet been given on the sexual harassment claim.

Mariah Carey, whose mother is Irish American and father is half black and half Venezuelan, has previously spoken of the difficulties she had in identifying with her mixed ethnicity. The singer claims that her mother is very proud of her Irish heritage and “is among the whitest people I know.”

"White people have a difficult time with (mixed race). It's like, my mother's white -- she's so Irish, she loves Ireland, she's like, yay, Ireland! Waving the flag and singing ‘When Irish Eyes Are Smiling.’ And that's great. I appreciate that and respect it,” Carey said in 2009.

“There's a whole other side of me that makes me who I am and makes people uncomfortable. My father identified as a black man. No one asked him because he was clearly black. But people always ask me. If we were together, people would look at us in a really strange way. As a little girl I had blond hair and they'd look at me, look at him, and be disgusted.

“I understand people want to hold on to their roots. But for me, I was a complete nonentity because of it. Maybe that was part of my drive to succeed. I'll become accepted,” she revealed.

Carey is currently preparing for her popular "All I Want for Christmas" tour which will kick off in Ontario, Canada, on November 2018.