Lynch's Irish Bar in Jacksonville Beach will remain closed for two weeks if any staff member tests positive for the virus. 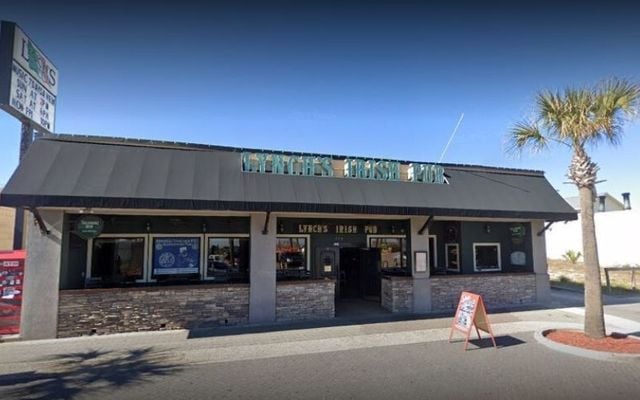 Lynch's Bar in Florida was forced to close again due to an outbreak of COVID-19. Google Street View

An Irish pub in Florida that only recently reopened after COVID-19 lockdown has had to close again after more than 10 people who attended the bar tested positive for the coronavirus.

Lynch's Irish Pub in Jacksonville Beach closed Saturday for professional cleaning after a social media post claimed that a number of customers had tested positive for the virus.

Pub owner Keith Doherty told Action News Ajax that he expects the pub to open sometime in the next week. However, the pub will remain closed for two weeks if any staff member tests positive for the virus.

Staff underwent rapid testing on Sunday, according to Doherty, who said that the professional cleaning cost around $7,000.

Erika Crisp, a customer who attended the bar on June 6, has since tested positive for the virus and said that she visited the bar with a group of 15 people for a birthday party.

Crisp said that ten people in the group have tested positive for the virus.

Crisp, who works in the healthcare industry, said that she started noticing symptoms after visiting Lynch's and said that she must have gotten it from the bar as otherwise, it would be too coincidental that so many partygoers had tested positive.

"I feel like an idiot. I know that I’ve been so cautious up until now, and with Florida opening back up it’s kind of that whole out of sight out of mind," she told News4Ajax.

She said that she should have known better due to her experience in the medical field.

Lynch's only reopened on Friday, June 5, just one day before Crisp and her party attended the bar.

Doherty said that his bar would be the first of several Jacksonville Beach bars to close due to a COVID-19 outbreak because a significant number of customers generally go to multiple bars on the one night.

Two other Jacksonville Beach bars - the Tavern and the Wreck Tiki Lounge - have since closed due to outbreaks of COVID-19.

Both bars are less than a two-minute walk from Lynch's.