Amid emotional scenes, over two hundred Magdalene Laundry survivors have gathered in Ireland for two days, most meeting for the first time. 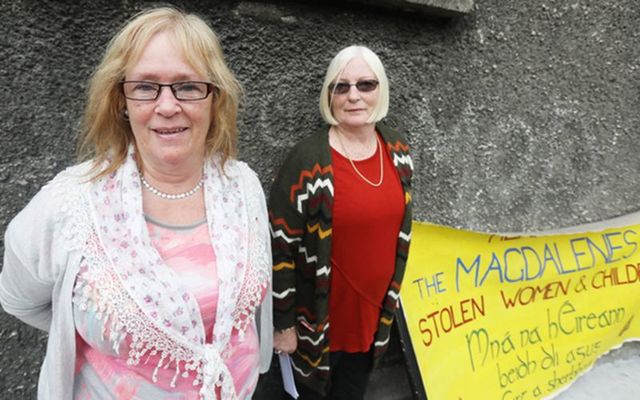 Amid emotional scenes, over two hundred Magdalene Laundry survivors have gathered in Ireland for two days, most meeting for the first time.

They are meeting as part of the Irish state’s Restorative Justice program devised by Judge John Quirke and paid for by the Irish government.

The women have flown in from all over the globe, for many their first time back in Ireland since they escaped the slave-like conditions in the laundries where most were sent as punishment, usually because of a baby out of wedlock. Some were literally worked to death or close to it.

Professor James Smith of Boston College who has published widely on the Magdalene women says, “They will meet each other, chat with each other, share and compare experiences, reminisce, and remember those who are no longer with us.

Read more: “Nuns took my childhood”: This Irish woman escaped from a Magdalene Laundry as a teen in 1993

Magdalene women gather in Dublin for event in their honour, in what is the first time for many to speak freely to other women incarcerated in the laundries https://t.co/aC5skPk1h1

He pointed out that, “No such gathering has happened before. Some attendees will be returning to Ireland for the first time since they left the laundries.

“These women were denied their given identities while in these institutions; they were prohibited, under pain of punishment, from talking about their personal lives, where they came from, or who they knew on the outside,” Smith wrote in the Irish Examiner.

The women are being welcomed at Áras an Uachtaráin by President Michael D. Higgins. Planet Woman CEO Norah Casey put together all the logistics for the coming together.

Many of the women will contribute to an oral history of the time they spent in servitude. Others still request anonymity.

For the first-time survivors of the Magdalene Laundries from Ireland, the UK, the USA and Australia are being brought together in Dublin for two days next week (Tuesday June 5th and Wednesday June 6th) with thanks @Ryanair @DublinAirport for your support #DublinHonoursMagdalenes

“The women will speak and we will listen,” wrote James Smith. “We will ask them what they think is important to remember about the laundries and how best to put in place a remembrance project.”

Their wishes will be recorded, transcribed, and, in time, made publicly accessible in a sensitive and appropriately redacted format.

James Smith noted, “The women gathering in Dublin today and tomorrow deserve such compassion and respect. Continuing to confer both upon these amazing women helps us, as a nation, to step out from under the last of our shadows and into the light.”

Read more: 2,000 Irish children were illegally adopted in US from Magdalene Laundries