Not only the longest eclipse of the century but over half a millennia will take place during November's "frost moon". 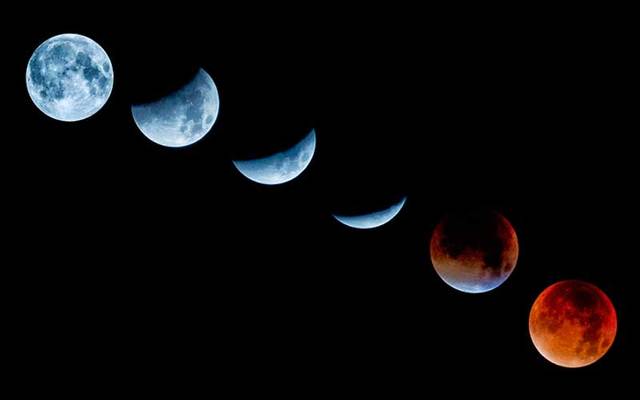 A lunar eclipse: The longest in 580 will occur on the evening of Nov 18. Getty

A partial lunar eclipse will take place between Nov 18th and 19th, when the moon slips into the Earth's shadow for 3 hours and 28 minutes. The late November moon is also known as the "frost moon."

In May 2021 the world saw a total eclipse. Most eclipses last less than two hours, so the 3 hours, 28 minutes, and 23 seconds the moon will be in partial eclipse far surpasses others. For example in 2018, a total lunar eclipse occurred lasting 1 hour, 42 minutes and 57 seconds.

The Nov 18 eclipse will also be the longest partial lunar eclipse in 580 years, according to the Holcomb Observatory at Butler University, Indiana.

NASA has forecast that the partial eclipse of the full moon will last around 3 hours, 28 minutes and 23 seconds, beginning at approximately 7:19am GMT, reaching its maximum around 9am GMT and ending at 10:47am GMT.

They say weather permitting, "a huge swath of the planet" will be able to see the eclipse. This includes North and South America, Eastern Asia, Australia and the Pacific region. It can occur earlier or later, depending on your time zone.

The Royal Observatory Greenwich, in London, reports "People in the UK will not be able to see every part of the eclipse but will still be able to see the lunar eclipse at totality when the moon turns red."

What is a lunar eclipse?

This reddening of the moon happens when light from the sun, despite being directly blocked by Earth’s shadow, bends around our planet and travels through our atmosphere to reach the moon.

Earth’s atmosphere filters out shorter, bluer wavelengths of light and allows only the red and orange wavelengths through, making the moon appear red.

Here are some skywatching tips for Nov 2021, from NASA: