Once believed to be a Biblical prophecy of the End of Days Ireland is in for a celestial treat on Friday as the moon passes through the shadow of the Earth. 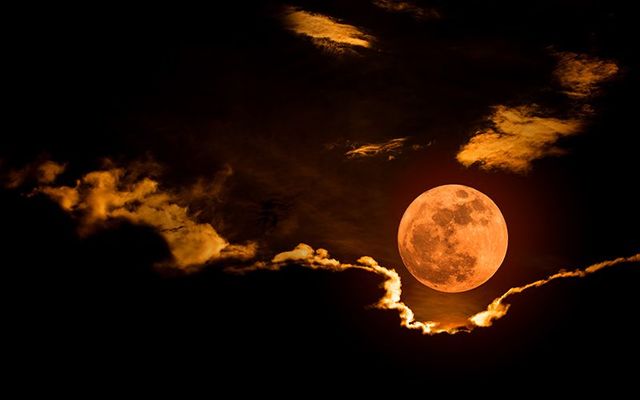 It's going to get dramatic! Ireland will witness the longest eclipse of the last 100 years and it'll be a Blood Moon. Getty

Once believed to be a Biblical prophecy of the End of Days Ireland is in for a celestial treat on Friday as the moon passes through the shadow of the Earth.

Parts of the longest lunar eclipse of the 21st century, a “Blood Moon”, will be visible from Ireland on Friday, July 27 all the way through to Saturday morning. The total phase of the eclipse will last 1 hour and 43 minutes, from start to finish, the entire celestial event will last nearly 4 hours.

A “Blood Moon” occurs when the moon passes through the shadow of the Earth, but instead of plunging the world into darkness, it picks up some sunlight from the redder spectrum as it passes through the Earth’s atmosphere. The effect is quite dramatic.

"A "blood moon" happens when Earth's moon is in full eclipse. While it has no special astronomical significance, the view in the sky is striking as the usually whiteish moon becomes red or ruddy-brown."

It is little wonder that a “Blood Moon” was once seen as a terrible omen. In the Holy Bible it is referred to as a warning that the End of Day was nigh, described as”

“The sun will turn into darkness, and the moon into blood, before the great and terrible day of the Lord comes."

Read more: View from Ireland 49 years ago when America landed on the moon

The Blood Moon will be visible in, South America, Europe, Africa, Asia and Australia, meaning that both the UK and India will catch a glimpse. However, the USA is expected to miss out.

Blood moon over the Alps .. pic.twitter.com/jUKuN4fD0O

Ireland is bang in luck through and those in Dublin will be able to see the eclipse from 9.26pm on Friday night until 10.13pm. However, the eclipse specialist website, TimeandDate, state that it won’t be a perfect vantage point.

“This is the moment when the eclipse reaches its greatest magnitude while the entire Moon is above the horizon in Dublin. The true maximum point of this eclipse cannot be seen in Dublin because the Moon is below the horizon at that time.

“Since the Moon is near the horizon at this time, we recommend going to a high point or finding an unobstructed area with free sight to Southeast for the best view of the eclipse.”

Below is NASA’s live stream of the last Blood Moon, eclipse which took place on Jan 31 2018: