The funeral for baby Liam O'Keefe Jr. was held in Belfast today, just over a week after his tragic murder in the Ardoyne area on July 27. 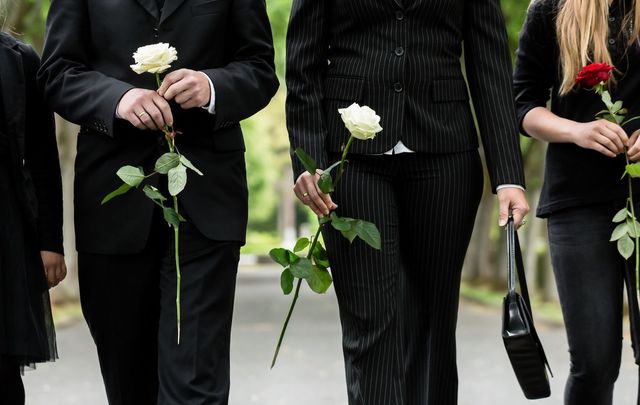 Baby Liam O'Keefe Jr. was laid to rest in Belfast following his murder in the Ardoyne. Getty

Liam O'Keefe, Jr, who was tragically murdered in Belfast last week, has been laid to rest in a heartbreaking funeral service.

Baby Liam O'Keefe Jr. was laid to rest in Belfast on Wednesday morning following his murder in Ardoyne on Tuesday, July 27.

His father, Liam O'Keefe Sr., who was in England at the time of the attack, was pictured carrying his son's tiny white coffin ahead of a service at Roselawn Crematorium on Wednesday.

The baby's mother Raluca Tagini, 29, has been charged with his murder and the attempted murder of his two-year-old sister, who was taken to hospital in critical condition after sustaining life-threatening stab wounds. Her condition has since improved and she is now reportedly stable in hospital.

The heartbroken father led a procession of mourners from a funeral home on the Old Park Road, carrying his son's coffin.

The heartbroken father of baby Liam O'Keefe who was killed in Ardoyne last month carries his little white coffin into Roselawn Crematorium this morning.

O'Keefe Sr. immediately returned home to Belfast to be at his daughter's hospital bedside after last week's attack and addressed a community vigil on Thursday night.

The bereaved father said that he was "truly heartbroken" by the loss of his baby son.

"I am truly heartbroken but it gives me the strength to know you are all giving so much love and support," he told the vigil.

"Thank you from the bottom of my heart. To all the neighbors and the full community for all their help and support, I really appreciate it all."

Meanwhile, a fundraising campaign launched by the community to help the family with the burial costs has raised almost £4,000.