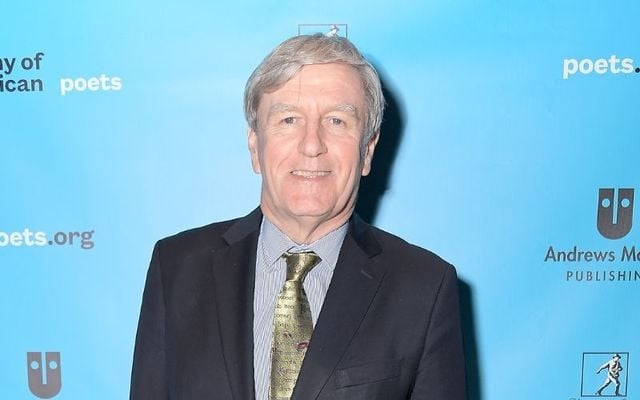 Irish Ambassador to the United States Daniel Mulhall has penned a letter to the New York Times to condemn the use of the word "leprechaun" by a Nobel Prize-winning economist.

Krugman used the term to describe how multinationals booking their profits in Ireland can distort GDP.

In his latest column, Krugman said that Ireland's GDP could have been distorted by Apple's decision to report its profits in Ireland.

"Apple needs to report its profits somewhere. Right now that means that it’s basically up to Apple to declare where it makes its money – and what it does, naturally, is claim that its profits accrue to subsidiaries in countries with low tax rates on those profits, Ireland in particular," Krugman wrote in a New York Times column this week.

"In fact, until 2014 it went even further than that: a large share of its global profits was assigned to Apple Sales International, which was registered in Ireland but for tax purposes was located nowhere at all. In 2015, however, some combination of pressure from the European Commission and changes in Irish tax laws induced Apple to reassign many of its intangible assets to its regular Irish subsidiary.

"How big a deal was this? On paper, Ireland’s gross domestic product suddenly jumped 25 percent, even though nothing real had changed – a phenomenon I dubbed ‘leprechaun economics’, a term that has stuck. (Fortunately, the Irish have a sense of humor.)"

Mulhall, however, did not see the funny side.

The Irish Ambassador responded to Krugman with a letter to the New York Times and said that "derogatory references" in a leading newspaper are "no laughing matter".

"Ireland has been fully engaged since 2013 in the international discussions about corporate tax reform, and we have proactively and diligently reformed our tax code in line with the new international norms agreed to thus far. Further agreement in this area cannot be arrived at through name-calling and national stereotyping," Mulhall wrote.

"I wrote to @nytimes because I got tired of @paulkrugman’s repeated leprechaun gibes, with the implication that the interests of small countries can be casually dismissed. Was also put off by his lame excuse that ‘the Irish have a sense of humor’ about this name-calling. I don’t," Mulhall wrote on Twitter.

I wrote to @nytimes because I got tired of @paulkrugman’s repeated leprechaun gibes, with the implication that the interests of small countries can be casually dismissed. Was also put off by his lame excuse that ‘the Irish have a sense of humour’ about this name-calling. I don’t. https://t.co/bzEWlOV9wl

"More broadly, I dislike @paulkrugman's shallow assumption that Ireland’s economic transformation has a one-dimensional explanation. I put it down mainly to 50+ years of investment in education," he continued.