Laura Connolly, who was killed in a hit-and-run in Co Donegal in the early hours of Sunday morning, was remembered for her "zest" at her funeral today. 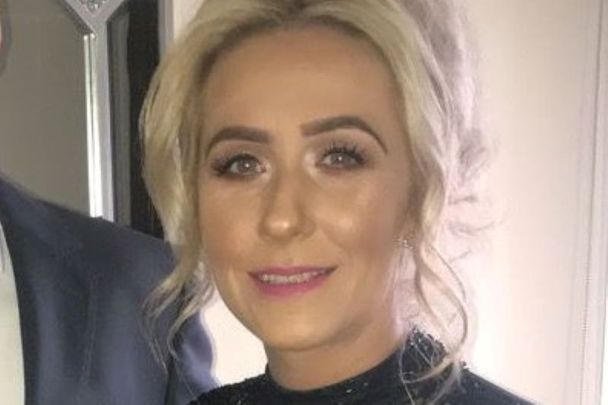 Laura Connolly, 34, was killed in a hit-and-run in Co Donegal in the early hours of July 11. Facebook

Laura Connolly, a mother of one and a soon-to-be bride, has been laid to rest in Co Donegal after being killed in a hit-and-run in the early hours of Sunday, July 11.

Connolly had been out shopping for her wedding gown on Saturday before the tragedy occurred when she was heading home from a night out with friends.

Friends and family of Connolly, including her partner Joe McCullagh and their teenage son, turned out on Thursday at St Patrick’s Church in Murlog, Lifford in Co Donegal for her funeral, the same church that she was set to get married in next year.

At the funeral, the 34-year-old was remembered for her "zest" for life, with one person saying: "Who will have us dancing on the tables now?”

Speaking during Connolly’s funeral, Fr Colm O’Doherty noted how difficult and bewildering the tragedy has been for Connolly's family and friends, calling it "an unreal nightmare."

However, he urged mourners to "put our trust in the hope of new life for Laura, our sister in the faith with the risen Lord himself.”

Fr O'Doherty highlighted how important the rallying of the community has been to Connolly's family.

Referring to Connolly and McCullagh's wedding day set for next year, the priest said: “Next year was going to be the year.

“The date is in the diary here in the church. Laura and Joe would become Mr. and Mrs. The wedding dress was even being looked for that day she was to die.

“These are lovely memories to have, to share, and to keep sharing in the future but our lasting hope, our ultimate glimpse of life in these dark days of mourning, has to be our faith in the Risen Jesus.”

Fr O'Doherty prayed for the "gifts of joy, of goodness, kindness, and especially the gift of love that Laura" brought into everybody's lives.

In a statement on July 11, gardaí said: “At approximately 2:45 am, Gardaí and emergency services attended at the scene of a traffic collision on the N15 at Townparks, Lifford.

“A female pedestrian was taken from the scene by Ambulance to University Hospital Letterkenny where she was later pronounced dead. It’s understood the pedestrian was struck by a white van that failed to remain at the scene. The van and its driver have yet to be located by investigating Gardaí.”

The statement added: “Gardaí are appealing for witnesses and are particularly appealing to the driver of the van to come forward.

"Investigating Gardaí are also appealing to those with video footage (including dashcam) from the scene and along this route to make it available to them.

The following day, gardai confirmed that a man in his 50s had been arrested and subsequently released without charge in relation to the investigation.

The investigation is ongoing and a file is being prepared for the Director of Public Prosecutions.