Irish jockey, 25, loses battle with cancer day before she was due to wed

Laura Barry was due to wed on Saturday. 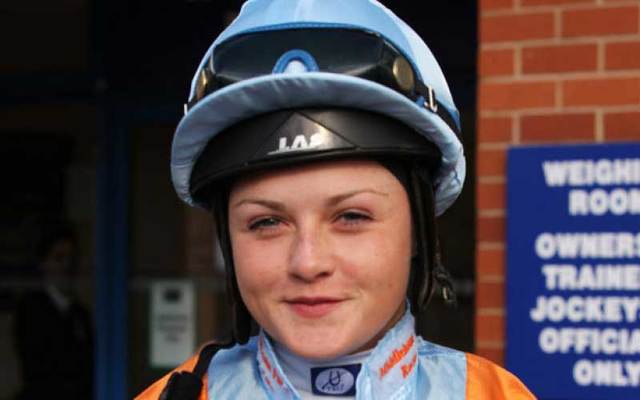 Laura Barry, a 25-year-old Irish apprentice jockey, lost her battle with cancer the day before she was due to wed.

Barry was to marry Ben Hamilton, the brother of jockey Tony Hamilton, on Saturday, the Irish Independent reports.

Barry was diagnosed with a rare form of cancer two years ago. The aggressive disease left her paralyzed in her left leg, and there was no chemotherapy available specific for her cancer.

A GoFundMe page was created in 2017 for Barry's care and treatment.

Devastating news that talented former Apprentice
Jockey Laura Barry has very sadly passed away following a brave battle with
illness. Our thoughts and heartfelt condolences to her family and friends. RIP Laura pic.twitter.com/Wrh3KmqUOb

Her former trainer Richard Fahey said: "She was a wonderful girl and will be truly missed. She was loved by everyone.

"She was a very tough girl, but had been suffering for a long time. She was just such a star and never complained.

So sorry to hear of Laura Barry’s death, aged 25, after battling cancer. Here was one of her proudest moments in the saddle, when winning a competitive sprint handicap at York for Richard Fahey in the summer of 2012 on 33/1 chance Mary’s Daughter. pic.twitter.com/9XtL5jzmEc

"She came over as an apprentice from Ireland. She was a very helpful and very kind person."