Larry Mullen, Jr's donation to the Navajo & Hopi Families COVID-19 Relief Fund is one of more than 25,000 Irish donations. 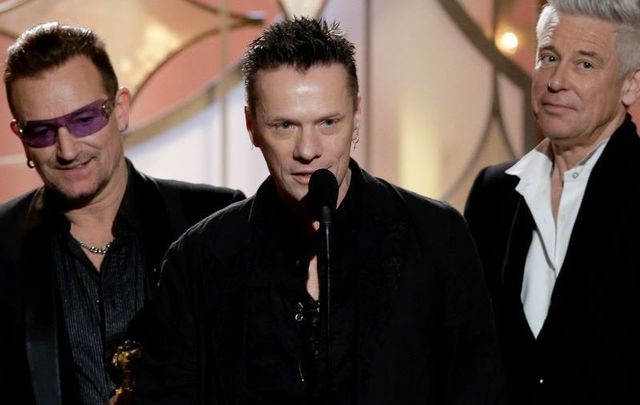 The Irish donations to Native American relief funds during the COVID-19 crisis have been staggering.

Organizers of the Fund confirmed the generous donation in a statement on May 27 saying that Mullen, Jr has “joined the wave of solidarity from Ireland for Indigenous People disproportionately impacted by COVID-19.”

The staggering amount of Irish and Irish American contributions are being offered as a way of "returning the favor" that the Choctaw Nation extended to Ireland in 1847 when they sent a donation of $170 (today, about $5,000) at the peak of the Great Famine.

Organizers said that as of May 27, Mullen Jr's contribution joins more than 25,000 other Irish donations totaling more than $870,000 for the Navajo and Hopi Relief Fund, which has raised more than $4.3 million on Wednesday evening.

(A separate GoFundMe for the Navajo Nation has raised more than $1.1 million as of Wednesday evening, with many donations also coming from the Irish.)

Lacking infrastructures such as running water and electricity, Native American communities have been disproportionately affected by coronavirus. The Navajo Nation is now the U.S. jurisdiction with the most COVID-19 cases per capita, exceeding New York and New Jersey.

Organizers said that Mullen, Jr’s contribution will fund a week’s worth of deliveries of food and water to about 1,000 Navajo and Hopi households with high risk, vulnerable, or COVID-positive family members.

The Relief Fund seeks to provide each family with 2 weeks’ worth of food so they are able to stay home and avoid exposure for a meaningful period of time in an effort to flatten the curve for the Navajo Nation and the Hopi Tribe.

The Fund has also mobilized a massive volunteer effort to provide food and water distribution, which has so far served over half of the Navajo Nation chapters including 6,400 households in almost 70 communities on the Navajo Nation and in 5 of the 12 Hopi Villages.

Ethel Branch, the founder of the Navajo and Hopi GoFundMe, said on May 27: “We feel real kinship with the Irish, who have a shared legacy of colonization, and we are truly grateful for Mr. Mullen’s donation and all donations that have come from our Irish brethren.

“Go raibh maith agat and ahéhee’! Someday we hope to repay you for these beautiful and meaningful acts of solidarity made during our time of great need.”