Katie in Croker? Eddie Hearn claims a deal is close 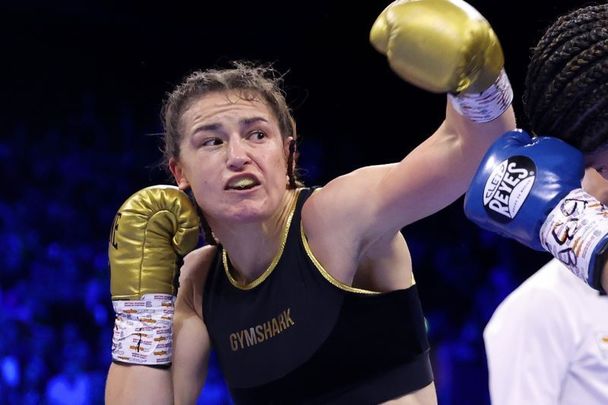 Despite her success in the ring, Taylor has not fought in Ireland during her professional career. After her fight with Amanda Serrano in New York in April speculation has been rife about a homecoming fight in Ireland's capital city.

However, a fight never came and Taylor fought the Argentine Karen Elizabeth Carabajal in Wembley Stadium in London in October.

Matchroom promoter Hearn has been calling for Taylor to get a fight in her home country for some time and on November 28, he confirmed that a fight agreement in Dublin is getting closer.

Speaking via an Instagram post, the promoter said a rematch between Serrano could be on the cards. Taylor won the first fight via split decision in the duo's historic match at Madison Square Garden in April.

"Katie Taylor at Croke Park, basically we’re all over it. It’s the only thing we want to do," Hearn said.

"We’re negotiating at the moment with Most Valuable Promotions. We’re closing in on a deal.

“Serrano could fight for undisputed [featherweight champion] as well against Erika Cruz in early February.

“They don’t want that fight, unfortunately,” Hearn told Pro Boxing Fans in June when asked about the rematch that both Taylor and Serrano previously seemed up for.

“I mean we’ve spoken to [Serrano's promoter] Jake Paul’s team, and they don’t want to go to Ireland. They don’t really want the rematch.

“It’s kind of like, regardless of the offer, ‘we don’t want to do the rematch.’ I think they want to go away, maybe build some confidence, and get a win in August. And maybe we can look at it next year.

“It’s very disappointing because I love that fight and I think it’s a great fight and such a close fight. But, yeah, it doesn’t look like it’s a fight that, unfortunately, Amanda Serrano wants.”