Draped in a tricolour, amid shouts of Allah Akbar, he met nephews and nieces for the first time and saw the smiles of family members he must have feared he might never see again. 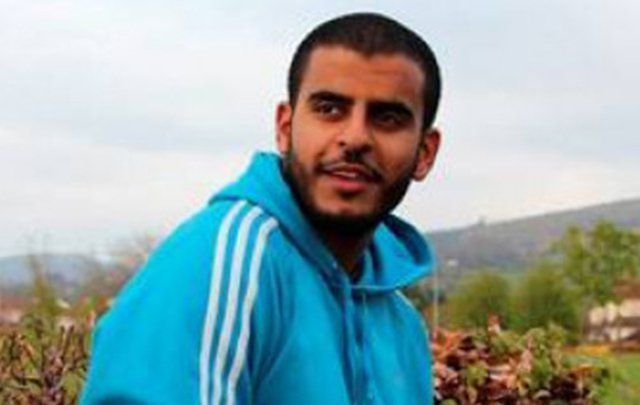 Ibrahim Halawa, the 21 year old Dubliner who spent four years detained in Egypt without trial, has returned to Dublin amid joyous scenes and a media scrum.

Whilst on holiday with his family in Cairo in August 2013, Halawa and his sisters attended a pro-democracy rally. They were arrested during a crackdown by the government. His sisters were soon released, but the teenage Halawa was transferred to an adult prison, told he faced possible execution and was allegedly denied medical treatment for his hand, which had been wounded by a gunshot.

After his trial was delayed 28 times he was cleared in September of all charges. It was another month before he was released from prison and a few days after that the Irish Government was able to get him on a flight out of Cairo.

Upon his arrival at Dublin Airport yesterday, Halawa, accompanied by Ireland’s Ambassador to Egypt Seán O’Regan, was met by his father, Iman Sheik Hussein Halawa, and Minister for Children, Katherine Zappone.

He was draped in a tricolour and, amid shouts of Allah Akbar, he met nephews and nieces for the first time and saw the smiles of family members he must have feared he would never see again.

"It still feels like a dream. This is the moment I've waited for for four years,” he told the media throng. "It’s a dream come true. It's impossible that I'm really here. I didn’t think it would come through any time soon.

"I want to thank all the ministers, Minister [for Foreign Affairs] Simon [Coveney]. I want to thank the taoiseach [prime minister] and I want to thank [Sinn Féin Member of the European Parliament] Lynn Boylan as well for working so hard. The parliament, all the human rights organizations, the student union. I just want to thank everyone for helping me."

His joy at being home was mixed with gratitude for all the support he had received.

His sister, Fatima, told the Irish Times he’d had a busy last few days in Egypt – his parents’ home country – as he felt it was unlikely he’d ever come back.

“He feels like it’s going to be the final goodbye,” she said.

Interviews with the media about his time in prison will happen, he said, but for now he needs to spend some time at home in Tallaght with his mam, who has recently been diagnosed with cancer.

Earlier in the week Minister for Foreign Affairs Simon Coveney told the Dáil (Parliament) that the Irish Embassy in Egypt had spent approximately 20,000 hours helping Ibrahim and his family.

But after so many dead ends and late nights their hard work had paid off.

“This is a very happy day for Ibrahim and his family, and a day of great joy also for all of his friends and supporters,” Coveney said.

“I and all of my colleagues in Government are very pleased that Ibrahim’s ordeal is now at an end, and that he is back home with his family.

“There will be many challenges for Ibrahim as he comes to terms with all that he has been through, and all the changes that have taken pace while he has been detained in Egypt.

“He will need time and space in the period ahead and I hope that his privacy and that of his family will be respected.

“This case has been one of the most complex, sensitive and difficult consular cases to which the Irish Government has ever responded.

“There were some difficult and dark times, but sight was never lost of our two key objectives – to get Ibrahim home, and to do everything possible to safeguard his rights and welfare for as long as he remained in the custody.”

#IbrahimHalawa: "I really want to thank the haters as well, cause they made me stronger": https://t.co/rVowduzhAo pic.twitter.com/eQQunqnqUP

Halawa is now something of a minor celebrity and, no doubt, there’ll be plenty of people wanting to shake his hand and welcome him home, but for the time being his objective is to lay low and spend some time with his much-missed family.