Corless herself hit out, telling the Irish Mail on Sunday that, “Hoax is a terrible word to use. It does unsettle the survivors after what they have been through, and their mothers have been through, for someone to say it was a hoax." 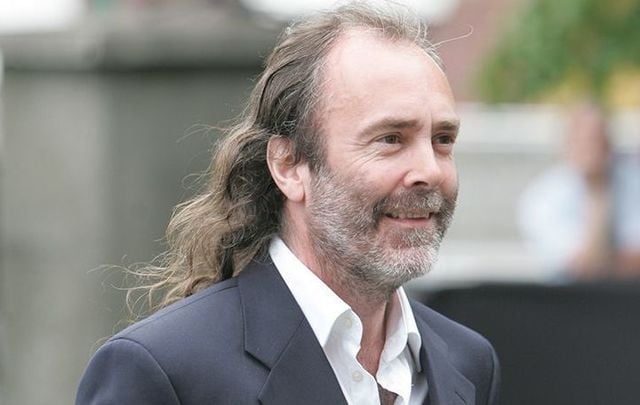 Journalist John Waters does not agree with the Irish media coverage of the Tuam Home Babies scandal. Rollingnews.ie

Sinéad O’Connor’s former partner, the journalist John Waters, has called the media coverage of Tuam babies scandal a “hoax” at a lecture in the United States.

Speaking to an audience at the University of Notre Dame, for the panel “When Evil Becomes Virtual: Cyberspace, Failing Media, and the Hoax of the Holocaust of Tuam”, Waters said he objected to the press coverage of scandal which he branded a “hoax”.

Whilst he praised amateur historian Catherine Corless’ efforts to uncover the babies’ fate, he felt the reporting was unfair and he particularly didn’t like the use of the term “holocaust.”

The Irish Mirror referred to the deaths of close to 800 babies and young children as “our own little Holocaust” - a term that some objected to as an exaggeration that “exploited” the death of the Jews at the hands of the Nazis.

“There was no Holocaust in Tuam. Nothing happened in Tuam that remotely invites the description Holocaust. There was no mass murder. There is no evidence of a single murder. No section of the population of people was targeted by another or by anyone for the purposes of extermination,” Waters told his audience of some 200 people.

“No criminal acts are known to have been perpetrated. Nothing resembling a slaughter took place. There is no evidence that a single human being was killed either unlawfully or otherwise.”

The address was well publicized and the use of the word “hoax” in the title drew widespread attention.

Notre Dame released a statement that said, “The history of the Mother and Baby Home at Tuam is a source of great pain for many people both in Ireland and throughout the world. We recognize and share that pain.

“As is the case with all of our speakers, the topic and title of John Waters's talk at this year's conference were provided by him. He will not deny the facts of the case… but rather will analyze its portrayal in the media and popular culture in relation to other contested political matters.

“We have every expectation that Mr. Waters' session will be spirited and characterized by civil and thoughtful engagement.”

Corless herself hit out, telling the Irish Mail on Sunday that, “Hoax is a terrible word to use. It does unsettle the survivors after what they have been through, and their mothers have been through, for someone to say it was a hoax.

“People have been calling me when they heard about it. It’s an awful slap in the face to them.”

Read More: Tuam Babies: “It would be... kinder to strangle these children at birth” said doctor

The town of Tuam’s local legislator, Ciarán Cannon, was also strident in his disagreement with Waters.

"The very fact that John Waters includes the word 'hoax' in the title of his talk is exceptionally hurtful to the survivors of the Tuam Mother and Baby Home, in particular those who have come forward to tell their story," Cannon said.

“To attempt to put some kind of revisionist gloss on what was an awful reality is simply not right.”