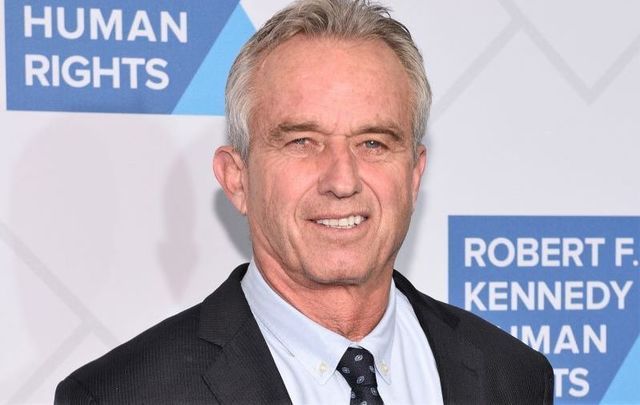 Robert F. Kennedy Jr. thinks any American who loves their country should be dismayed. Getty

Kennedy Jr. also said that any American who loved their country should be dismayed right now.

Speaking to Fiveaa Adelaide, Kennedy Jr. was asked about what his father and uncle would think of the presidential race between Donald Trump and Joe Biden if they were alive today.

"I don't like to speak for them, but they would be very, very disturbed at what's happening to our country," he replied.

He said that both John and Robert F. Kennedy saw America as a model for democracy for other nations to follow around the world and, although it wasn't perfect, it was "heading on that trajectory" at the time of RFK's assassination.

"They saw America as an exemplary nation and a model democracy and they believed that our role as Americans was to model democracy, not to force it on people with the barrel of a gun, but to make our democracy more inclusive, more fair, more just and rid ourselves of corruption," he told Fiveaa.

Kennedy Jr. pointed to former President Dwight Eisenhower, who warned Americans to beware of the military-industrial complex and to be mindful of large corporations who would "trample" American democracy.

"Before my uncle took office, President Eisenhower warned Americans against having our democracy subverted by a military-industrial complex and by large corporations who would trample our democracy and subvert the institutions that make our country exemplary," Kennedy Jr. said.

"I think that has happened at a speed that no one could have predicted. Any American who loves our country should be dismayed right now."

Kennedy Jr. also spoke about the COVID-19 pandemic and the race for a potential vaccine on the Australian talk show.

Robert F. Kennedy Jr. has advocated against a number of vaccines in the past and members of his own family have condemned him for his apparent anti-vaccine stance.

Kennedy Jr., however, said that he is not anti-vaccine and is merely advocating for safe vaccine testing.

He claimed that no vaccine developed in the United States is safety tested against a placebo and that the testing doesn't display long-term risks of the vaccine.

The National Institutes of Health and the US National Library of Medicine both state that placebo testing is used in vaccine trials, however.

Kennedy Jr. argues that vaccine testing must last five years because it can take that long to test for some long-term effects, like cancer, to manifest.