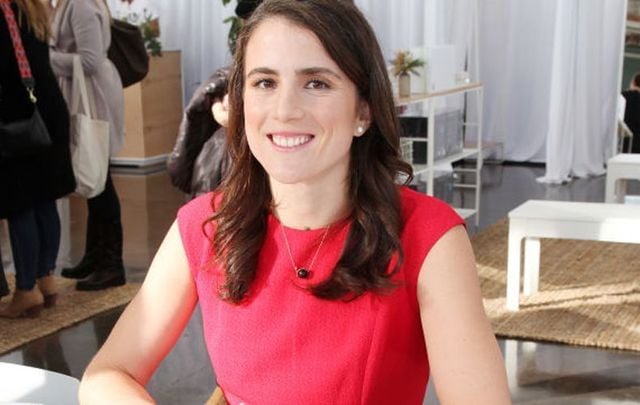 JFK's granddaughter Tatiana Schlossberg (pictured in 2019) has given birth to a baby boy. Getty Images

The granddaughter of the late President John F. Kennedy, the first Irish American Catholic President of the US, and Jacqueline Kennedy Onassis has given birth to a baby boy.

The baby boy, who is named Edwin Garrett Moran, is Caroline and Edwin Schlossberg's first grandchild, and JFK and Jackie's first great-grandchild.

Caroline Kennedy's youngest child Jack revealed his nephew's name on NBC's "Today" show on April 21, a week after his sister was photographed carrying her son in a baby carrier in New York City.

The proud uncle said he has a special nickname for his nephew.

"His name is Edwin," Jack said on Today, "but I like to call him Jack."

He added that he visits Tatiana and George's home "all the time" to visit with his new nephew.

EXCLUSIVE: John F. Kennedy’s grandson, Jack Schlossberg, is here to reveal the recipients of the 2022 Profile in Courage Award and to share a special Kennedy family announcement! pic.twitter.com/2Kg9cCiXkH

The new baby is the first grandson of Caroline, JFK's oldest daughter and only surviving child. (Caroline's younger brother, John F. Kennedy Jr. and his wife, Carolyn Bessette-Kennedy, died in a plane crash on July 16, 1999. )

Caroline's three children Jack, 29, Tatiana, 31, and Rose, 33, are the late president's only grandchildren.

Jack joked that his mother is "so into" being a grandmother that his nephew's birth had completely eclipsed his own recent graduation from Harvard Business School and Harvard Law School.

"I handed in my last paper on the day that he was born," he said, "so no one even noticed that I finished school."