A large sum of money was reportedly stolen from Lily Finnegan's pub in Co Louth, whose namesake is believed to be a relative of President Joe Biden. 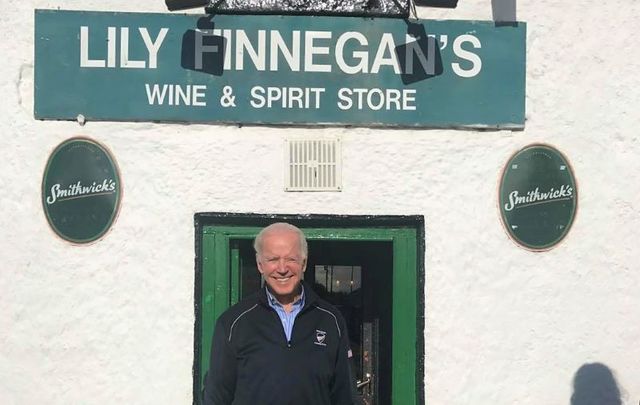 Gardai have confirmed that they’re investigating a robbery that occurred at Lily Finnegan’s Pub in Whitestown, Carlingford, Co Louth, where US President Joe Biden has visited twice.

Lily Finnegan's said in a Facebook post on October 5 that they had "a few unwelcome intruders here early on Monday morning.

“It’s not a nice experience but it will take more than that to knock us down!

“We would like to thank everyone who got in contact with the so many messages of support and offers of help. It's very much appreciated!

“We’d also like to thank An Garda Siochana for all their help & assistance.”

The post added that the pub is set to reopen as usual from 5 pm on Thursday, October 7.

As you may have heard by now, we had a few unwelcome intruders here early on Monday morning. It’s not a nice experience...

US President Joe Biden, who has Irish roots in both Co Louth and Co Mayo, has visited Lily Finnegan’s twice - once during his official visit to Ireland as Vice President in June 2016, and again later in a personal capacity in September 2017.

It is believed that Lily Finnegan, the pub's namesake, was a relative of Biden's great-great-grandfather Owen Finnegan, who left the Cooley Peninsula in Co Louth for the US around 1849.

When Biden was inaugurated as President of the United States on January 20 earlier this year, Derek McGarrity, the current owner of Lily Finnegan’s, shared a post reflecting fondly on Biden's two visits.

He wrote: "The date was set for Saturday 25th June [2016] and that was the start of 3 hectic weeks for me as there were daily visits from Secret Service agents, US Embassy staff, communications experts, Army officials, Garda superintendents and inspectors, and many other officials.

"The bar had to close for 3 days prior to the visit to allow for the Garda to perform a search and secure the premises until the Secret Service carried out their own search on the morning of the visit."

When Biden and his motorcade finally rolled into town, the Vice President "delighted" the crowds as he greeted them and posed for photos.

"As he made his entry into the bar, he turned to the masses of press reporters and cameramen and said, 'I don’t wanna go home!'"

Inside Lily Finnegan's, Biden showed his family tree which was compiled by genealogist Megan Smolenyak. McGarrity writes that Biden "explained his connection to the area as his Great Great Grandfather Owen Finnegan was baptised in the Cooley parish in 1814 and the family home was believed to be a small building only yards from the bar which still stands today in the garden belonging to Robbie and Aoife Coan. Owen Finnegan emigrated to the States in 1849 and the rest as they say is history!"

Later, in September 2017, McGerrity received another phone call about Biden making another visit, this time in a personal capacity.

The second visit had a distinctly different feel - Biden drove himself to Lily Finnegan's accompanied by his brother, son, and two aides.

"It couldn’t have been any more laid back," McGerrity wrote. "A small number of locals arrived to greet him and he gladly posed for many photos once again and showed us an updated version of his family tree and spoke of his love for Ireland and his Irish connections.

"A few locals asked him if he was planning on standing for election in 2020, to which he replied, 'I’m not sure, maybe I’m too old!'"

In 2018, McGarrity told The Journal: “His [Biden’s] great grandfather was a Finnegan. He traced his family back to this area here. Now on this little road, which stretches for not even a mile, there were eight different Finnegan families back in the early 1900s.

“As you know yourself, we’re all related if you go back far enough so he would have been a relation of Lily Finnegan in some way.”