Jack Schlossberg has been singled out by Vanity Fair among the Kennedy clan for putting his fashion foot forward. 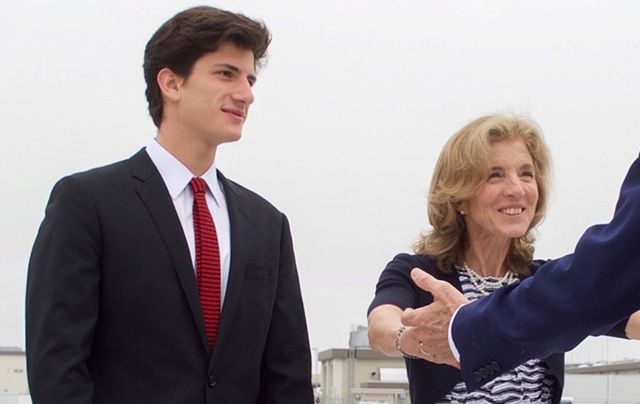 JFK’s grandson, Jack Schlossberg, made a memorable appearance at this year’s Met Gala alongside his mother Caroline.

John “Jack” Schlossberg has been named on Vanity Fair magazine’s International Best-Dressed List 2017. JFK’s only grandson has been making waves in the past few months as he steps into a more public profile, already being compared to his dashing uncle John F. Kennedy Jr.

The son of JFK and Jackie Kennedy’s only living child Caroline Kennedy, the new fashion icon was named on the prestigious list for the first time after a year of stepping into the limelight in impeccable ensembles.

The 24-year-old writer and law student was particularly singled out for his appearance alongside his mother Caroline at this year’s Met Gala, his mother sitting on the main fashion event’s board.

The magazine cited his most notable look of the year as: “A black suit and gray, camouflage-patterned tie worn at the Met Gala.”

He can now add this to his other notable achievements before he starts Harvard Law this fall. Schlossberg has already completed a degree from Yale and is on the John F. Kennedy Library New Frontier Award Committee. In 2013, he served as an intern to Sen. John Kerry and subsequently as a page on the Senate floor.

Although his mother may have been more of the star of the show when the pair appeared at New York’s Metropolitan Museum of Art last May, fresh from her three-year stint on US Ambassador to Japan, JFK’s grandson certainly turned heads, drawing instant comparisons to his late uncle, JFK’s son John F. Kennedy Jr., who died in a tragic plane crash in 1999.

Schlossberg has previously declined to openly state for certain whether he would have any interest in following in the previous Kennedy generations’ footsteps and run for office when he finishes school.

Interviewed alongside his mother in May on NBC’s Today Show, the Yale graduate was asked whether he’d ever considered going into the family business of politics.

“I’m inspired by my family’s legacy of public service. It’s something I’m very proud of.“Stay tuned. I don’t know what I’m going to do.”

Rumors have also surrounded his mother, who served as US Ambassador to Japan until January 2017, and whether she has her sights set on a New York Senate seat.