The plans have provoked an enormous amount of backlash among Irish writers. 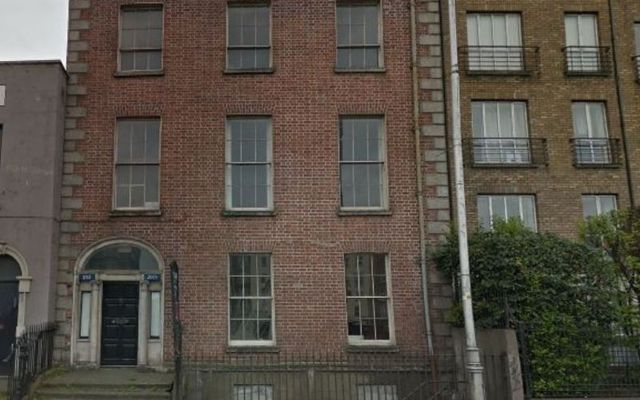 Dublin City Council has given the green light to a controversial plan to convert James Joyce's iconic "House of the Dead" on the city's quays into a 50-bed budget hostel for tourists.

The house, located at 15 Usher's Island, was the setting for Joyce's best-known short story "The Dead" and will now be converted into a tourist hostel, despite significant opposition to the plans.

Fergus McCabe and Brian Stynes provoked a backlash when they unveiled the plans last November, with Irish writer Colm Toibin arguing that the plans would "destroy an essential part of Ireland’s cultural history".

He argued that too many settings from Joyce's works had been "lost to the city" and urged Dublin City Council not to make the same mistake again.

The Department of Heritage also objected to the plans, arguing that would "undermine, diminish and undervalue a site of universal cultural heritage", according to the Irish Times.

However, Dublin City Council has now given planning permission to the contentious development, concluding that the proposals are the best way to secure the "long-term conservation" of the iconic Dublin structure.

The council's planning report concluded that the current condition of the building is concerning and that the proposal to convert it into a tourist hostel was the best way to secure its long-term future.

The plan would enable the refurbishment, repair, conservation, and extension of an existing Protected Structure, the council said in its planning report.

It also pointed to the fact that all harmful modifications and extensions included in the original plans had been removed from the final proposal and additionally said that the building is capable of being repurposed into a hostel.

Last December, Dublin City Council sought revised plans from McCabe and Stynes since the original plans, which included a contemporary extension, risked damaging the historical fabric of the house.

The council's decision can still be appealed to An Bord Pleanála, Ireland's state planning body.

Given the high-level of objections to the plan, appeals are likely. Noted Joyce scholar Professor John McCourt started a petition last year among prominent Irish writers to save the house from the redevelopment. The petition generated more than 100 signatures.

McCourt, who filed objections along with Toibin, told IrishCentral last November that the last thing Dublin needed right now was hotels and hostels.